But he’s the Pope 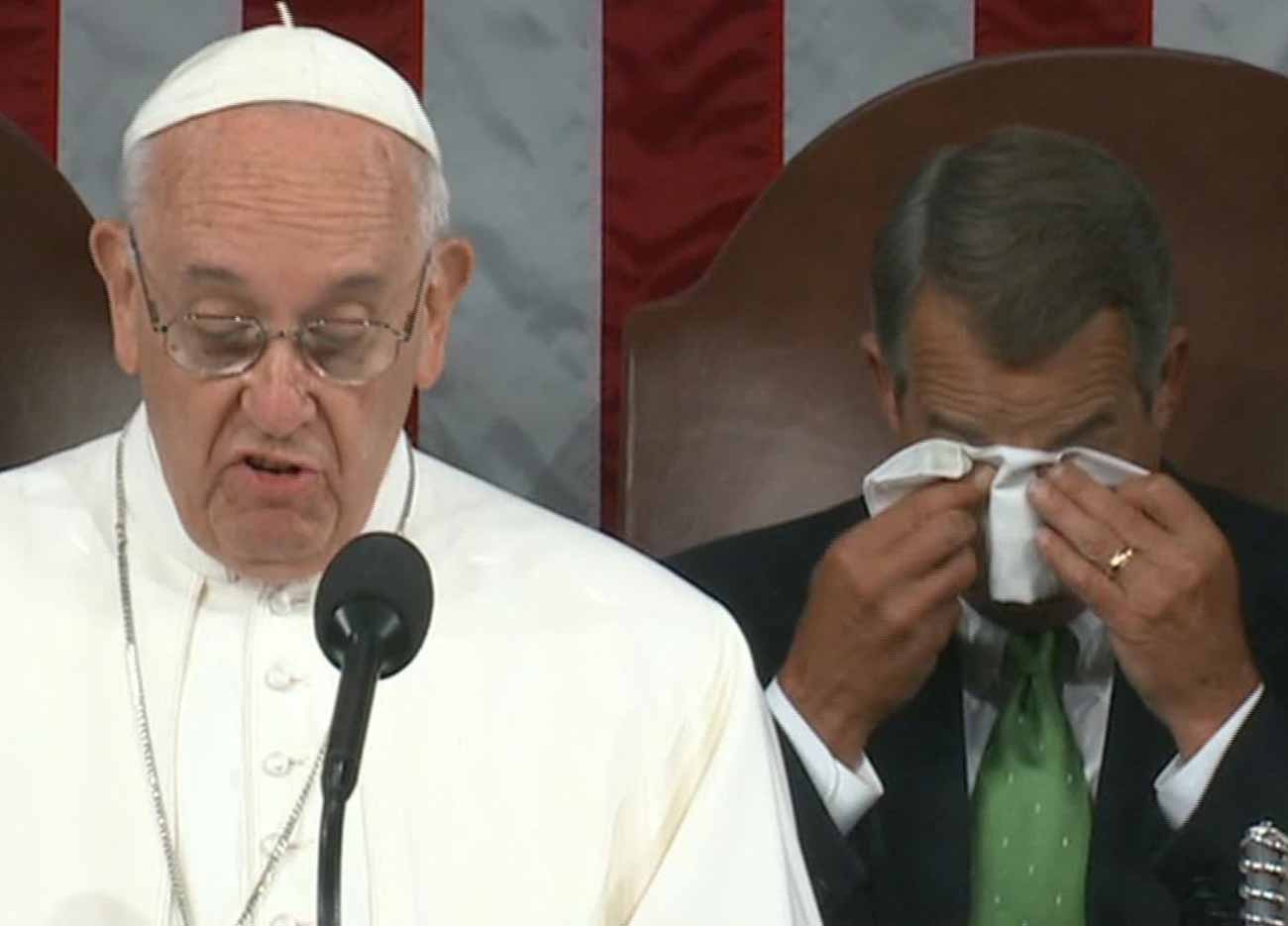 The Pope is in town visiting. He met with the president and is — or perhaps already has at this point — spoken in front of Congress. Yet somehow, many Americans are losing their frickin’ minds.

Chalk up another win for social media </endSarcasm> and people’s inability to hide their ignorance. Someone went so far as to call the pope a “lib-tard”. (The stupid runs strong in some people, I know.)

We’re talking about the Pope. Supposedly a man of God. A man who dedicated his life to helping others. Yet people are pissed. Why? Because he thinks science and creationism can co-exist? Because he acknowledges the existence and on-going problems of global warming? Because he believes the church could be open to same-sex civil unions?

Are those really indefensible or inexcusable opinions for someone to have? Enough to get that upset over and to bad-mouth the man?

Even an elected official, Representative Paul Gosar from (gulp) my home state of Arizona — and I’m not sure who’s worse in this case: the official or the ones who elected him — flat out refused to attend the Pope’s address of Congress because, and this is a quote, “When the pope chooses to act and talk like a leftist politician, then he can expect to be treated like one”. (Source: AZ Central.com.)

There are a couple of things wrong with that statement.

One, it shows an extreme lack of respect towards another country’s leader who has been formally invited to speak in front of our nation’s elected officials. This isn’t Castro in front of the United Nations. It’s the Pope in front of Congress. (And while “country” might be a stretch, the Vatican is technically it’s own nation.)

Two, just because Representative Gosar has an opinion of someone as a “leftist politician” doesn’t mean all interaction ceases and a boycott is warranted. That’s just stupid. It’s one thing to disagree with someone else’s opinions. It’s another to whine about it, take your ball and go home.

And I’ll say this again: I’m not an overly religious person. This isn’t about the disrespecting of my so-called faith.

I think most of can agree that we live in a somewhat shitty world with declining morals, values and overall goodness. Yet here’s a man who embodies so much of what it means to be a good person; who looks out for others before himself. Who encourages billions to do the same.

Yet leave it to us Americans to politicize EVERYTHING and exude an irrationality that continues to divide us as a country. How can you not ask yourself “Where did it all go wrong?”