The Debates Change Nothing 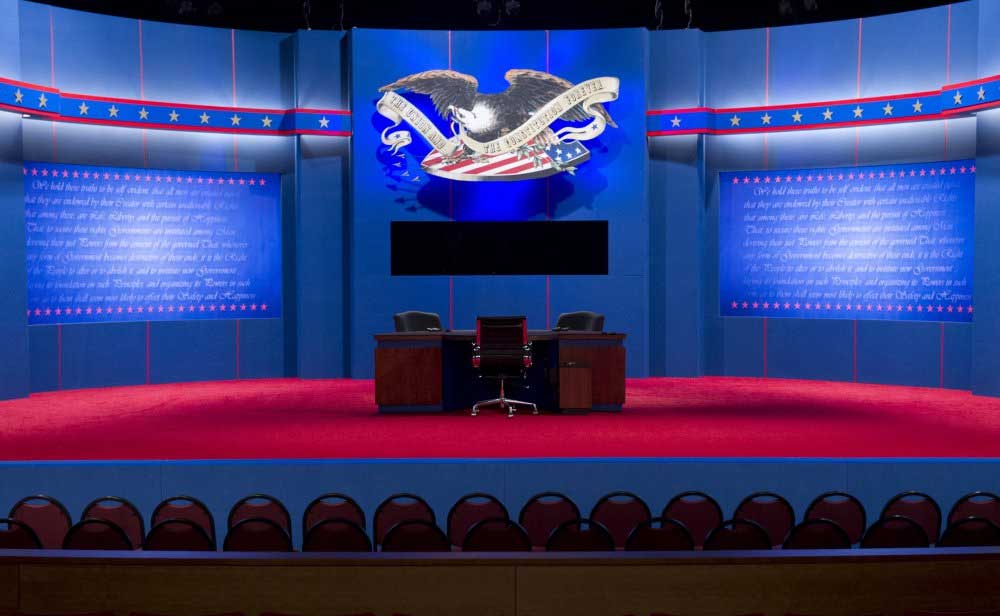 Warning: The following in political in nature and should not be read by anyone.

The first presidential debate – and I use that term lightly – is tonight between (only) the two major party candidates. It’s expected to draw 100+ million viewers and yet, I cannot see ONE SINGLE PERSON among those millions changing their vote as a result. It’s going to be a farce from the git-go and the reason so many people will be watching is NOT to educate themselves on the candidates and their views on the issues, but rather for the fireworks and entertainment it’s expected to provide. 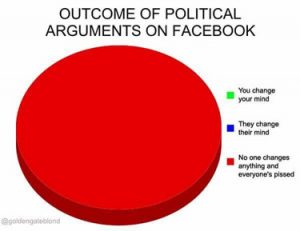 We’re talking about the President of the United States. The leader of the so-called “free world”. Some regard it as the most powerful political office on the planet. Yet we’re all going to be tuning in – and until my stomach voids itself of its contents, me included – to see which candidate embarrasses themselves the worst (or least if you’re an optimist); or which person sinks to what level; or who will tell the biggest lie with the biggest smile to make the other person look like the biggest idiot.

Our system is breaking folks (and yes, we’re all to blame).

The real-time reactions on Twitter or Facebook can be written right now and merely copy and pasted later tonight. There’s no need to listen to a single word from either person…

Hillary: I’m the better option because people trust me.
Trump supporters: You mean like how you handled Benghazi? Lied to the FBI? Had opponents or critics killed?

Trump: Listen folks. I know how to handle the failing school systems in this country.
Hillary supporters: You couldn’t handle two marriages or a reporter who disagreed with you. Hell. You didn’t even know Belgium was a country!

Tomorrow’s reactions will be just as predictable. It doesn’t matter what either candidate says – right or wrong – opponents will systematically label it as bull shit and nothing positive will be gained.

Personally, I love the day-after fact checking done by CNN, Politfact and other media outlets that take statements from the candidates and measure them as either truth or lies; fact or fiction. Again, though, they’ll make no difference to anyone who has already made up their minds about who their candidate of choice will be in November.

Should Politfact prove that Donald Trump is lying – and trust me, he will – his supporters will scream that the so-called “liberal media” is trying to fix the election. When CNN shows that Hillary’s a “liar liar pants on fire”, her supporters will ignore it and spout her long experience in government.

The late, great, George Carlin once said that “If honesty were suddenly introduced into American life, the whole system would collapse! No one would know what to do! Honesty would fuck this country up! “

Politicians are lying right to our faces, they’re being proven liars over and over again, and yet they truly believe we’re too stupid to do anything about it. Apparently they’re right.

Both candidates will lie; both will be proven liars. Yet the supporters of each will defend them, shower them with praise and proclaim that their choice is somehow “not as bad” as the other. It’s pathetic.

Parties are a sham

Personally, I’m going to vote for the best person in November – not party – because let’s face it: neither major party gives a damn about the American public. At best, we’re third or fourth on their list of priorities.

The Democrats and Republicans have turned our democracy into nothing more than a “we-versus-them mentality”. The American voter would be stunned to find out there is actually a lot of overlap between the party’s platforms. (Although I’d also be willing to bet many American voters don’t even know the definition of “party platform”.)

Maybe in the past America could get away with just two major political parties, but not any more. Certainly not in 2016.

I’m all for a third option or even a fourth. Gary Johnson is absolutely a viable choice. He’s someone who is on the ballot in all 50 states, yet is being denied a spot in tonight’s debate.

No one agrees with everything the Republicans tout. Nor are the Democrats a one-size-fits-all solution. As for Gary Johnson and the Libertarian Party? Nope. Not them either.

Yet he’s another choice. He’s an alternate to the status quo (which is failing all of us.)

#LetGaryDebate. And who knows? Maybe having at least one sane person on the debate stage who will attempt to talk about the issues this country faces might actually change a few hearts and a few minds.