There IS crying in Spartan Race 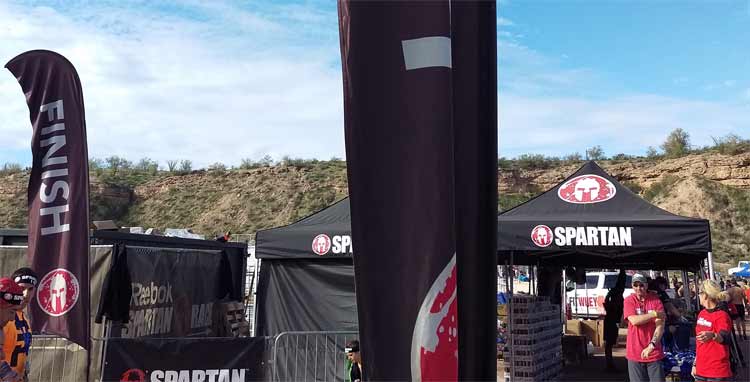 If my proverbial man card gets temporarily suspended – or revoked – after this, so be it. I’ll earn it back. Perhaps a few manly and appropriately dropped f-bombs will help.

For a variety of reasons, this past weekend’s back-to-back Arizona Spartan Races provided a plethora of tears. Tears of frustration, inspiration, pain, exuberance, perseverance, you name it.

Although I use the term lightly, I’ve run the Spartan Sprint race before. Twice actually. And preparing for this past weekend, I’ve been running, working out with the wreckbag, throwing big rocks, practicing yoga, working on grip strength and even set up a spear throw in my back yard.

Unfortunately, a week and half ago, I suffered a grade-2 calf strain. And yes: I cried. Deep down I knew that I wouldn’t be breaking any personal records at the races; that all the recent hard work wasn’t going to pay off as I had hoped.

And sure enough, during the Sprint, the tears started to flow again. I was angry. Scratch that. I was fucking pissed. I struggled on obstacles I shouldn’t have and was moving at a snail’s pace. My leg was throbbing and the mere site of another hill was almost paralyzing. Mentally, I was fried.

On Sunday, after I was (perhaps foolishly) convinced to do it all over again – I felt the water-works start again around the 8-mile mark as I stood atop of the mountain looking down at the the dunk wall, fire jump and the finish line… I was almost there. This was going to happen. This time they were tears of joy. The feeling of accomplishment was overwhelming.

After finishing, I couldn’t wait to call my wife to let her know it was over, hoping I’d be able to keep my composure. But as I grabbed my phone, a preemptive text message popped-up that simply said: “You did it!!” That’s all it took. I cried again. But only a little. It’s not as if my dog died or anything.

Looking back though, I think I was being selfish.

Not so subtle reminders

There’s no doubt that I got knocked on my ass physically, but I also got knocked down and humbled emotionally as well; having been reminded multiple times why Spartan Race isn’t about individuality. It’s not about me, my personal record, my accomplishment, my anything. It’s about community and the entirety of what everyone else brings to the table.

A 75-year old man ran in the heat ahead of me. A veteran from the Wounded Warrior Project, who had both of his legs amputated, literally dragged himself through the same course.

Who the hell am I to bitch about a pulled muscle??

And then there’s Misty Diaz.

People in the Spartan community know Misty Diaz. She is a beautiful young woman who seems to have a perpetual smile on her face. She’s been featured on NBC Spartan Races, has completed eight trifectas (including five in one year). For those unfamiliar, that means she’s done over 24 Spartan races from the Sprint to the 12+ mile Beast.

Misty is a motivational speaker and, according to her Facebook profile, loves tacos. 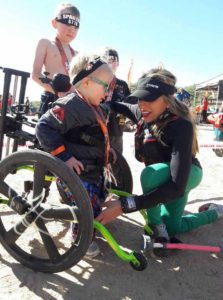 She was also born with Spina Bifida and does all of her ass-kicking on the courses using her crutches, incredible upper body strength and a contagious positive attitude. If there is anyone who truly defines what it means to be a Spartan, it’s Misty.

My wife saw Misty at the race and watched as she stopped to visit with a little boy in his wheelchair. Misty talked with the little guy, provided a few words of encouragement and snapped a few pictures.

My wife was in tears.

The next morning, the following picture was posted on Facebook along with a couple of comments from Misty herself and as I looked over at my wife reading from her phone, the tears flowed again. Misty Diaz has touched a lot of people in so many ways and on this day, it was my wife who was inspired.

While I was having my woe-is-me attitude, I came across special needs adult running on the course. I don’t know the relationship between this man and what I’m only assuming was his brother and brother’s wife, but the encouragement and love and patience on display were nothing short of awe-inspiring. One couldn’t help but be moved by the sight.

I saw this man throw up, trip and fall multiple times. Yet there he was carrying the same sand bag as everyone else, pulling the same ropes and although I didn’t see him knock out any burpees – he was paying his dues with 30 push-ups or body squats or sit-ups as his penalties. They all were. Win or lose, they were in it together.

His family was with him every step of the way and simply would not let him fail.

Myself, along with many others, stopped to pat “Mitch” on the back and offer words of encouragement. Trust me when I say that no one else would have allowed him to fail either. The OCR community rallies around its own and, again, while I don’t know “Mitch” or his past – he, too, will forever be a Spartan and earned his medal as much, if not more so, than the rest of us.

I regret not seeing him jump the fire and cross the finish line. I sit here now imagining a beaming smile crossing his face. I’ve little doubt a few tears were shed then as well.

I’m not going to lie: I was in serious pain Sunday morning. My calf was on fire and the rest of my body wasn’t feeling too good either. Seriously, I don’t know why anyone would do these things on back-to-back days.

As I lay awake around 3am, I thought about withdrawing from the Super. If I couldn’t handle 4.4 miles, how was I going to do 8.47 miles? I sent a text message to a friend who was running the same day letting her know of my pain and, ultimately, doubts.

She was having none of it. 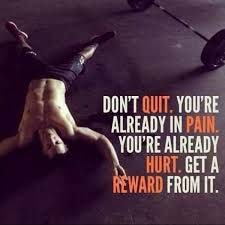 She responded with a meme that said “Don’t quit. You’re already in pain, you’re already hurt. Get a reward from it.”

That was followed up with her own words of encouragement. Followed by another meme, a motivational YouTube video and more personal words. She was relentless.

Fuck! I had zero excuses.

She was right though. It was more mental than physical. And had I quit, or not shown up, I would have regretted it.

This past weekend I witnessed and experienced a gamut of emotions and along with them: reasons to shed a few tears. (And trust me, there are more stories that could be told.)

These races not only bring out the best in everyone but it also brings out the most. It’s incredible, really.

That said, I’m now being asked to run the Spartan Beast in October – which means even more miles, more hills and a lot more obstacles.

I’m sitting here right now alternating an ice pack on both calfs, I can barely walk, my chest feels tight to breath, I’ve got bruises on my legs, cuts on my fingers and my shoulders are aching – and I’m supposed to sign up to do another one??

In my best George Carlin voice…What am I fucking stupid??