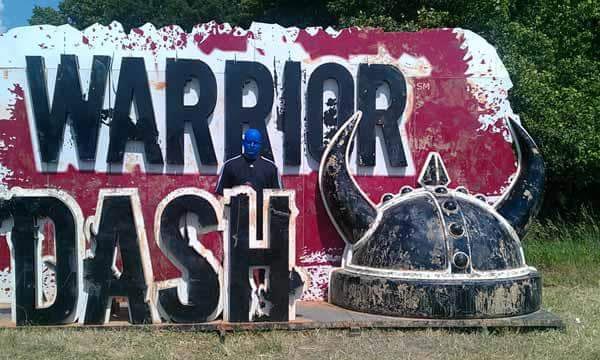 Not long ago I questioned why people do obstacle course races. Today, I ask the when.

There I was: standing in the coral with about 250 other runners waiting for the starter to send us off. I’d run a few 5ks before so this wasn’t really a new experience though at the same time, it was clearly something I had never done before.

The sun was out, the June temperatures were up, we were in the middle of a farm/field/forest area and I was minutes from starting what was at the time called a “mud run”, though has since morphed into being called “OCR” (obstacle course racing).

It was my first Warrior Dash.

For the uninitiated: Warrior Dash is a about a 3.1-mile run with about 15 obstacles with names like Goliath, Fisherman’s Catch, Muddy Mayhem, Normandy and the always present Warrior Roast (fire jump) at the finish line.

For me, though, it was just another 5k run and yet I couldn’t have been more wrong.

The course wasn’t concrete, there were bottlenecks (i.e. long lines) at some the obstacles, there was a lot of slipping in the mud, there were deep tractor tracks along the path, and the hills – damn do I hate hills.

But there was also laughter and joking around and people having fun (something not common in a typical 5k). And there’s certainly something humorous in watching people randomly slide and fall on their ass while casually running (or walking) the course.

There was an obvious sense of comradery even among strangers; something I later learned is just the norm in the OCR community.

And the obstacles! Some were difficult. Most were fun. Yet honestly, I really wasn’t prepared for any.

About two-thirds through the run, I remember entering a wooded area; the canopy (thankfully) blocked out the sun and the temperature dropped noticeably. I was tired, I had walked far more of the course that I wanted to, blood was trickling from a cut on my shin, the back was sore, my time was shit and I was a dirty, sweaty, mess.

I made my way down an embankment and waded into a calf-deep creek. Myself and about 20 others were sloshing our way through chilly, muddy, water. There was one girl who, at one point, was walking perfectly upright and in the next, slipped and fell; instantly becoming drenched from head-to-toe.

Yeah. It was pretty funny.

It was at that moment I just stopped and stood in the creek; I looked around letting it all soak in (literally). I’d like to think I smiled as I thought to myself: “I’ll never do another fucking 5k again.”

What say you OCR enthusiasts? When did you first realize that OCR was your thing?

Oh. And here’s a quick video a year later when I dressed up as a Blue Man (sans the full costume because of the heat). Yeah. I know I look weird with just a blue head.