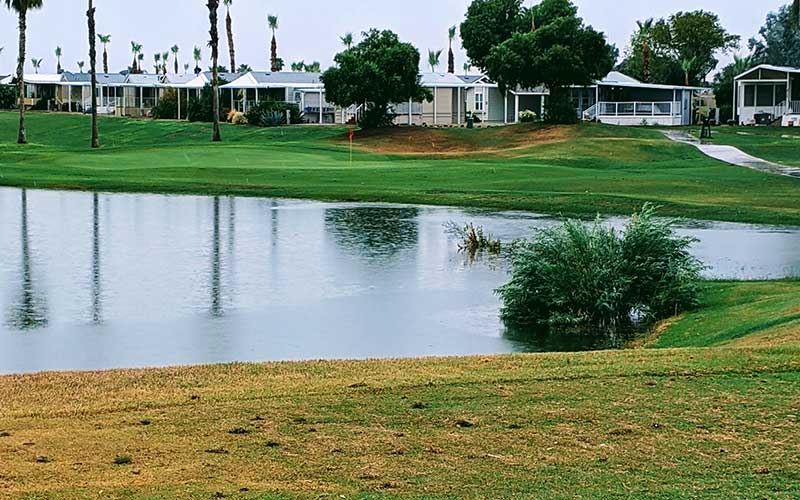 “I’d rather have a bad day golfing than a good day at work.”
– Author unknown

I do not know who first coined the above phrase nor when those words were originally uttered, but if I had to guess that person did not say it after shooting a 51 on the front nine with multiple 3-putt holes. Even the Dali Lama himself probably hurls his beloved 9-iron into the Brahmaputra* after a round like that.

Unfortunately, I am not the Dali Lama nor do I have his holiness’s patience and wisdom. Despite playing alone yesterday — and having the course completely to myself — I have to admit to vocalizing a variety of highly descriptive f-bombs. Perhaps a local resident heard my on-course complaints but with the rain coming down rather hard, I am going to assume windows were closed and my candid, albeit boisterous, discussions with my short-irons remained private.

Since getting back into the proverbial swing of things and playing regularly for the first time in 30 years, I find myself playing alone a vast majority of time; a one-some if you will. At first that was by choice so as not to embarrass myself in front of others. Now I just like the idea of playing 9-holes in less than an hour (18-holes in under two).

Though with isolation comes temptation. The aforementioned 51 could easily have been a much more acceptable 46 had I dropped an extra provisional ball; or with liberal use of the gimme (a short putt that players agree can count automatically without being played); or adding an extra mulligan (an extra stroke allowed after a poor shot, but not counted on the scorecard).

Golf can teach someone a lot of things and towards the top of that list is integrity. Cheating in golf is easy when you are playing alone. However, cheating in golf when playing with others is not. People sometimes bull-shit themselves into thinking no one will notice if a ball is moved closer to the pin or as we used to do as kids, tee up the ball in the fairway. Trust me, they notice.

Personally, I lose about three balls per round. I would like to say they are all a result of long, screaming, drives that simply veered into someone’s backyard, ricocheting off their pool, never to be found again. Because that’s happened. Or so I have heard. To others and certainly not me. (Though that brings into question why anyone would buy a house 150 yards down off the 8th fairway of a par-5.) Nevertheless, shots out of bounds incur a penalty.

However, most balls I lose are in plain-sight: in the rough, under some grass clippings, hell maybe in the fairway itself. In those cases, I do not penalize myself for being blind. I will certainly take a cursory look but sometimes courtesy trumps integrity. Have you ever played behind (or with) someone who spends too much time searching for their ball? I have. Listen closely to this: Don’t be that guy.

I have even turned to using pink(ish) balls. Though that is not very manly. Yellow balls are not bad, but range balls (also yellow) sometimes litter the course. Green balls? Judas Priest, what eh-hole thought lime green balls on green grass was ever a good idea?? I might have to try orange balls soon…

Ask any golfer coming off the course “What did you shoot?” and odds are you won’t hear a number. You will either hear a string of excuses or, at best, a conciliatory “Not too bad today.” Scores can be personal, if not subjective. All players are not created equal.

Despite the frustration, the foul language, thrown clubs, lost balls, what have you — I have to agree with quote up top. It is genius, actually.

* And yes, I looked that up. The Brahmaputra is a river in Tibet and the 9th longest in the world. So apparently golf can also teach geography in addition to integrity.