The Greatest Shot I Never Saw 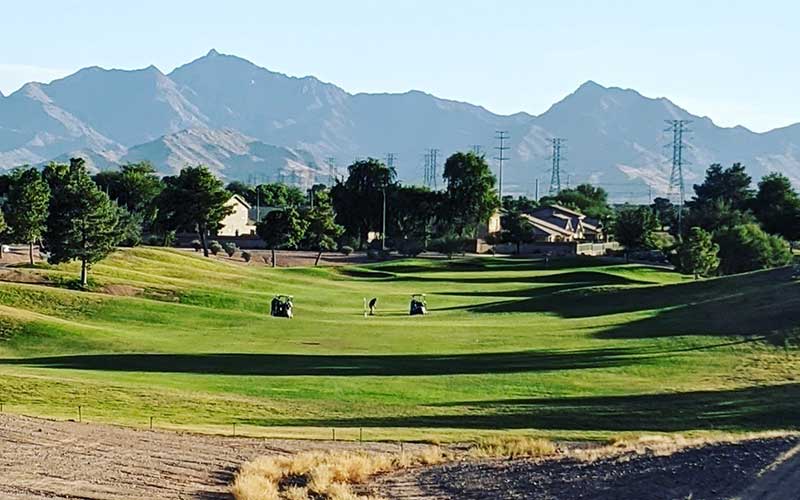 I have learned that every round of golf has a story — or 10 — to tell. A simple question of “Hey, how’d you play?” can lead to a half-hour rambling of stretched truths and tales of pars that should have been.

Unfortunately, what happens on the golf course rarely stays on the golf course (just ask my wife or mother-in-law who have both made the mistake of asking the above question). Like those who post pictures of their dinners on Facebook or Cross-Fitters who just got home from the gym and insist on telling you about it, golfers will regale their round to anyone who will listen even though those stories mean nothing to that person and almost always fall into the category you had to be there. Even though they weren’t.

But here we are anyway.

The other day I was paired with three mid-20s recent college grads. Approaching the first tee, one actually teased by calling me “old man”. Though in full disclosure, he followed that up with “Just kidding, brah. My name’s Parker, with a ‘y’…” or whatever vowel swapping nom de guerre that their Gen X parents thought would be cute. It probably didn’t even have a ‘y’. I am just assuming it did.

Fast forward to 5:40 p.m. We’re on the 11th hole. The sun is fading giving us maybe 20 more minutes of playing time. We think we have two more holes left in the day. We finish #11 and were halfway through #12 when the sun majestically dropped behind the mountains engulfing the grounds of the Coldwater Golf Course in near, total, darkness. It was as if God himself turned off the lights telling us it was time to call it a day and go home.

All four of us teed off in the dark. Two balls went somewhere never to be found — nor were we going to even bother to look. The other two drives, mine and Parker’s, went just high enough to be seen as a dark spot in the sky above the distant mountain’s peak but more importantly they flew straight down the middle. At the very least, we had an idea of where to look.

After some driving around just shy of the 150-yard marker — with multiple cell phone flashlights as guides — we found both balls. The two of us hit our second shots — he with his 8-iron, me with a 7 — and both of us felt they went straight and true; though neither of us knew how far. So we just drove straight ahead. Slowly. Looking down. Flashlights out. Scanning and hoping. Deep down I think we both thought our balls wouldn’t be seen again until the following day.

Turns out I was in the sand trap directly in front of the green. I had come up short.

Parker was about 8-inches from the hole; what we think was his green divot was a few inches closer. In layman’s terms, he was mere inches from holing his shot from 150-plus yards out without the benefit of seeing the pin or the green. Or daylight.

In the truest sense of the phrase, you had to see it to believe it. Too bad none of us did.

(Oh. And the birdie putt was obvioulsy a gimme, but he sank it anyway.)