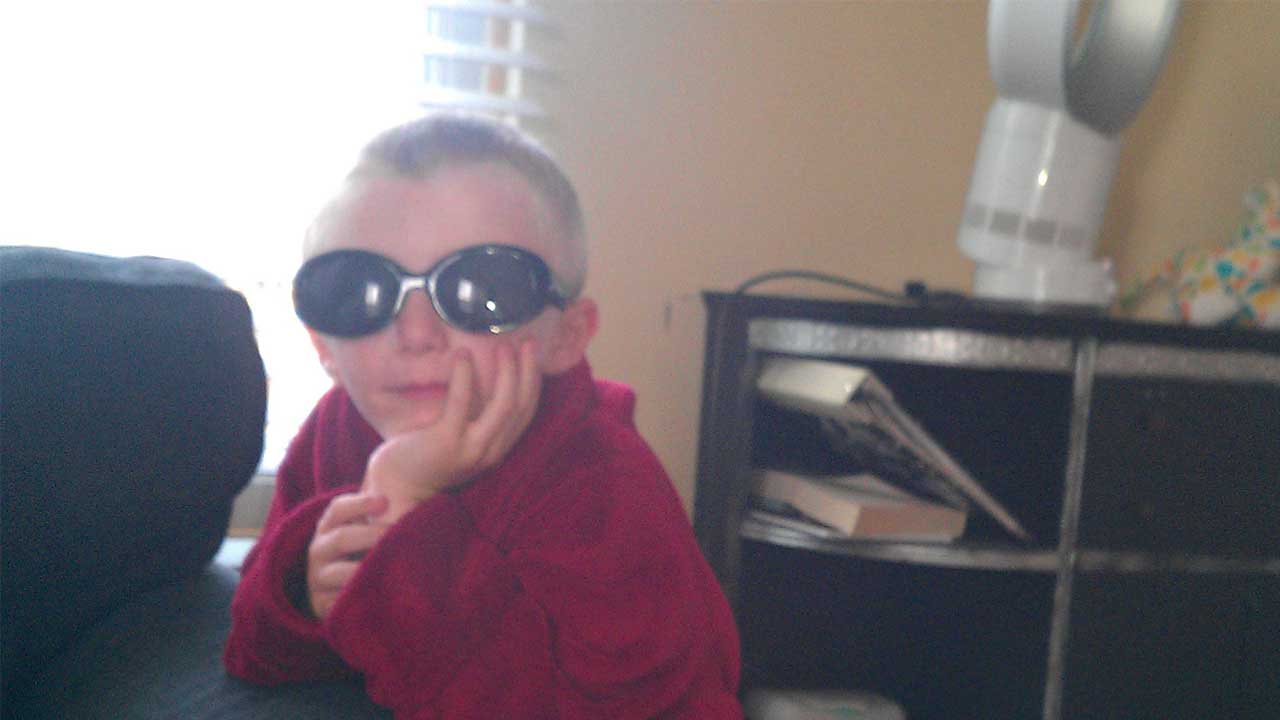 Yes. This is another installment what it’s like trying to raise a child with autism. As much as I’ve tried to bring out the positives in my son Matt’s development – and trust me, he’s doing great – there is certainly another side to his story. He still struggles and today’s message is how we all need to help him better when he does.

Most of you know, I am extremely proud of young Matt and how far he’s come since he was two-years old and diagnosed with ASD (Autism Spectrum Disorder). To remember him at age two and to see him now, is something that often brings tears to my eyes. While the rest of us can only imagine what he faces on a daily basis he, with few complaints really, battles his disorder head-on and continues to make great strides; essentially, he’s kicking autism’s ass.

But it’s not always easy. He doesn’t always win. And to tell you the truth, he’s losing right now and I don’t think we’re doing a good job of helping when he truly needs it most.

Since my move to Arizona, Matt has had to deal with a lot of change. His routine was drastically interrupted and his comfort level was basically shattered.

First, he has to deal with my absence. He no longer has me around to help him get ready for school, to sit with him during dinner, to help with his homework or to play with him before bed, or to kiss him good-night.

Additionally, after we sold our house, Matt has had to move in with his grandparents. In doing so, the little things that the rest of us might consider trivial adds an entire new level of stress for someone with autism: a new house, new bed, new bedroom, some new rules to follow, etc. Even the fact that he no longer takes the bus to school is something not to be taken lightly.

Change can be difficult for most of us but for those with autism – and certainly with Matt – any disruption in a comfortable routine can have consequences.

For example, he’s been acting out in school. For the first time this school year and perhaps as long as two-years, he had a, uhhh, accident. And I hesitate to say “accident” as it appears as though he just pee’d his pants on purpose.

He’s also crying occasionally for what seems to be no reason. One moment he’s fine, the next he’s upset. Unfortunately, he’s not always able to say why he’s upset.

Matt’s also developed a new quirk in his behavior – the random sniffing of his fingers. He’s pee’d in the sink while helping with dishes, he’s more defiant towards others, and some of his “autistic” behaviors such as running around yelling “eeeeeee” have increased in frequency.

As a result of all of that, I don’t think we, as his family, caregivers, and perhaps teachers are handling Matt’s change in behavior very well. It doesn’t seem as if he’s receiving that extra bit of understanding he desperately needs right now.

Instead, he’s being yelled at, put into time-outs, had some of his toys taken away, has received some preemptive scolding, and was actually asked, “What’s wrong with you?”

Yet when Matt is struggling more than usual – and this is certainly one of those times – and is having difficulty in his battle with autism, the LAST thing he needs is to be yelled at. He needs some extra love, attention, and a lot of patience.

He’s not trying to be naughty; he doesn’t do all of these things on-purpose. He’s just having a very hard time dealing with the recent changes in his life and the controlling his actions. In some ways, it’s Autism 101.

Unfortunately, these same actions can test our own sanity and cause us to become angry and frustrated towards Matt. I’ve done it. My wife has done it. His grandparents have done it.

But it’s not fair. Matt didn’t ask for any of this.

He’s done more than many people probably ever expected of him. The least we all could do is help him a long during these times when he’s having trouble doing what I’m sure he has come to expect from himself.