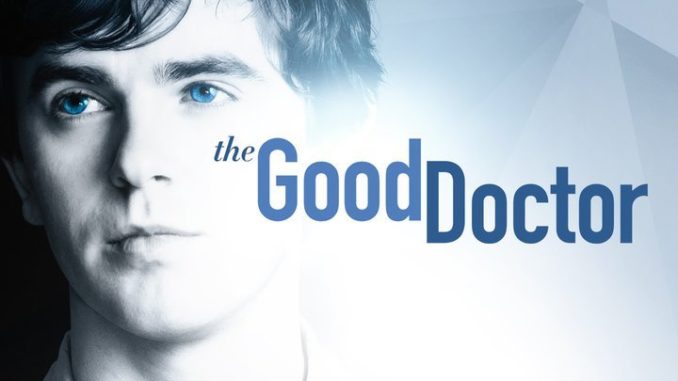 Freddie Highmore plays Shaun Murphy, a young surgeon with autism and savant syndrome, (who) relocates from a quiet country life to join a prestigious hospital’s surgical unit. Alone in the world and unable to personally connect with those around him, Shaun uses his extraordinary medical gifts to save lives and challenge the skepticism of his colleagues.

(As an FYI: Freddie Highmore is the kid from Charlie and the Chocolate Factory with Johnny Depp.)

If you’re really not open to learning about Autism Spectrum Disorder (ASD), to becoming somewhat accepting of the near-epidemic and growing autism rate in this country – The Good Doctor will probably come off as aloof or an exaggeration. I can see viewers thinking to themselves that the show is complete fiction; that no hospital would hire a doctor with autism and that kids like that would never get through medical school in the first place.

We’re a must-see kind of country. Reading a story or an article or listening someone describe autism doesn’t provide the same connection or perception as watching a video or witnessing it firsthand.

I know when our son was first diagnosed at age two, I had little-to-no way of wrapping my mind around what doctors and therapists were saying would/could happen to my child; how he probably would live his life. Which is to say, a lifelong struggle to communicate, socialize and essentially be accepted – even not having the ability to ever talk at all.

If you’re intimately familiar with autism – as my family certainly is – The Good Doctor can be uncomfortable. It can be both sad and funny; troublesome and uplifting. It will remind you of the wonderful gift you have in your child.

It’s also a stark realization that your child is different and does live a life that the rest of society would not call “normal”. My wife cried a little during the first episode.

And yet even that doesn’t quite paint an accurate picture of autism because those with autism aren’t all savants as portrayed in The Good Doctor and in movies like Rainman. Extraordinary math, medical, artistic and other skills isn’t the norm. Though there should be no doubt that those with autism have incredible potential.

The focus when watching the show – at least for me – is on the social interactions between Dr. Murphy and his co-workers and patients: how others look at him, how he communicates both verbally and non-verbally, his inability to grasp sarcasm and how he tries to adapt outside his comfort zone.

What also hits home for me are the flashbacks to his childhood and the struggles experienced growing up.

I think Freddie Highmore does an incredible job of portraying the right-or-wrong, black-and-white, world that’s viewed through the eyes of someone with autism. He’s awkward in his movements, with his speech and in his words. He says what’s on his mind and essentially lives life unfiltered by rules and norms the rest of us adhere to.

ABC should be applauded for bringing a character like to this primetime television.

At this point, though, I’m curious how long ABC and writers will be able to keep up the various story-lines without becoming too repetitive on Dr. Murphy’s quirks and persona.

A lot of people watch TV to escape and/or to be entertained. Not many are drawn to difficult issues or scenes that make them uncomfortable. Yet it’s exactly those feelings that help us grow as people and as a society.

The Good Doctor may not be your proverbial cup of tea – and that’s fine – but give it a shot. Maybe you won’t be entertained, but I think it’s imperative that all of us become somewhat invested.