Earned, but with an asterisk (Part 1) 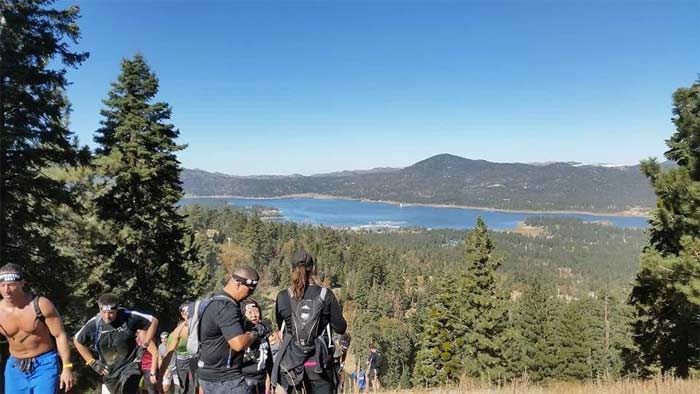 This is Part 1 of 2 about this past weekend’s experience running the Spartan Beast in Big Bear, CA. Part 2 of the Spartan experience can be found here.

I’m not so sure the pictures and brief video included here truly demonstrate the hell that was the Spartan Beast in Big Bear, California; a 12+ mile obstacle course race taking place on the ski slopes of Snow Summit.

The altitude at the base of the mountain is 6,965 feet and the elevation gain throughout the race was estimated at 4,000 feet. Between the high altitude, steep slopes, swirling dust and the added Spartan obstacles – “tough” doesn’t begin to describe the course.

For miles one and two, racers were sent straight up the front face of the mountain. Maybe a 40% incline, maybe 45%, I don’t know. What I can tell you is that it took me one hour to walk that first mile. Another hour and 10-minutes to finish mile two.

I’d take 20-steps. Rest. Crawl 10-yards and stop. My knees were killing me, my quads hurt, my hips were on fire and my heart was pounding my rib cage – and we didn’t even hit the first mile marker (I saw two people quit and walk back down before hitting 3/4 of a mile.) 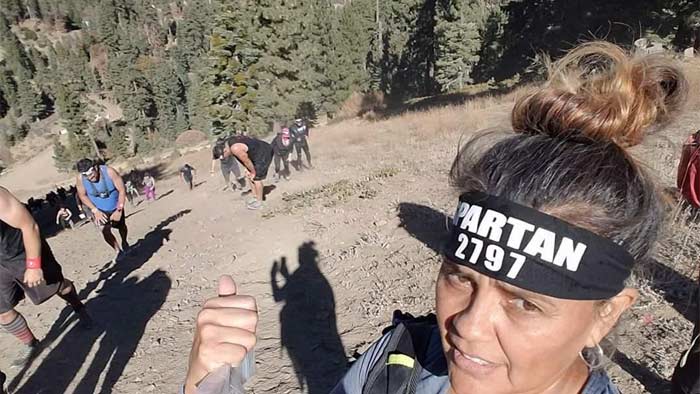 Imagine: people choosing to bear crawl instead of walk or crawl on their hands and knees because it was easier.

Doing the math: those first two miles took me 2-hours and 10-minutes… with 10+ miles to go. And let’s not forget the obstacles: Hurdles, Overwalls and the Monkey Bars. I failed the Monkey Bars.

The short video below shows the Sandbag Carry. Look at the steep incline and the swirling dust. Now imagine a 75-lb sandbag draped over your shoulders as you walk up half way up that hill, back down to return the sandbag and then back up to move on to the next obstacle.

I didn’t do it. Even at that point, I couldn’t imagine walking up that hill let alone doing so with a 75-lb sandbag on my shoulders. I tried, but barely lasted twenty steps. Obstacle skipped.

After getting to the top of the slope where that video was taken – and my last breath on this planet almost recorded – Spartans were greeted with the Atlas Carry, uphill Barbed Wire Crawl and the 6′-7′ foot walls. 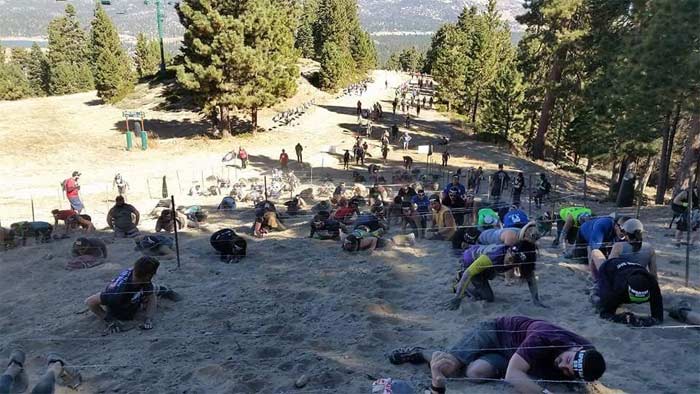 Another mile or so after that was the Hercules Hoist and that obstacle basically marked the top of the mountain. One would think it’d be all downhill from here. It was, sort of, for awhile…

I’m not going to lie, at this point I could barely walk and had very little upper body strength. After going over the A-Frame Cargo climb, I failed the Multi-Rig obstacle and skipped the first Bucket Carry.

At this juncture of the race, I had completed approximately four miles in 3-hours and 30-minutes… with 7-miles and now only five hours in which to finish. Those numbers didn’t work in my favor. And the chafing had started.

And – AND – they were sending us back up that fucking mountain! 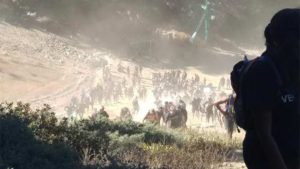 Life became a blur. The second trip up the mountain included zig-zagging trails, another uphill barbed wire crawl, a second bucket carry (which I skipped), Vertical Cargo Climb, a Memory Test, Twister, etc. – most of which was done in near complete darkness using only a headlamp to see your next step.

I was mentally fried, physically exhausted and completely prepared (almost hoping actually) to be pulled off the course. I remember telling my friend that I rung the bell at the Z-Wall. He wanted me to high-five him. I could barely raise my arm.

Each step was slow and the clock wasn’t working in our favor. I kept mentally trying to figure out how many miles remained and if we had the time to finish them before the course cut off time.

Oh. And did I mention the chafing?? It wasn’t getting any better I can tell you that.

My friend and I crossed the finish line 8-hours and 25-minutes after we started and just five minutes before they closed the course. Yes, I skipped some obstacles and yes, I skipped a lot of burpees.

In a previous blog about the SoCal Spartan Beast, I outlined a few goals. Here’s how they fared: 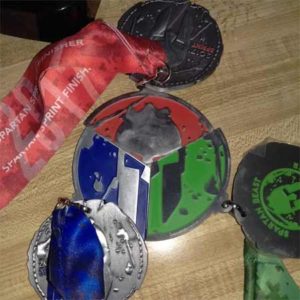 It’s one thing to be disappointed in yourself, the experience and how you performed. However, it’s entirely different knowing you came out of it a better, stronger and perhaps more determined person.

I know it can be argued that I failed the Spartan Beast. Though in the spirit of what it takes to compete in and complete a Spartan Beast – to push yourself beyond previously thought limits, to leave your comfort zone and to essentially embrace the suck – I more than earned that medal.