Blogging A to Z: D is for Dogzilla

This is just another part of the whole Blogging A to Z series where I pick a letter and just write.

Not surprisingly, I didn’t marry Tiffany. And the woman I did marry would absolutely not allow me to name my twin boys Butch and Pablo. Fortunately, I was able to name my first dog, Dog. 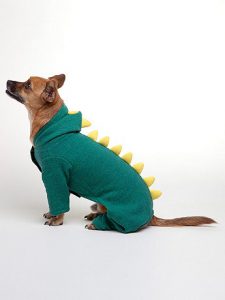 That’s not Dog, but it’s not too far off either

I got Dog from the West Suburban Humane Society in Downers Grove, IL. and she was a advertised as a Boxer/Sheppard mix. My wife still believes Dog was mostly pit-bull and our vet said there were probably about six different breeds in her. No matter. When I got her she was a four-to-five year old, 40 lb. mutt and she was awesome. Yet, I have to admit, she was a bit of a nutball; though ‘psycho’ was the adjective of choice from others. She tended to do things her way and being that she was my first dog, it was all a learning experience for me.

From my understanding, male dogs lift their legs to pee while females tend to squat. My Dog was a leg-lifter and marked her territory more than any male dog I’ve seen before or since. A typical 20-minute walk would easily result in 20+ neighborhood markings. She was queen bitch and wanted every dog in a mile radius to know it.

Then there was the power hump. The act of one dog humping another in and of itself isn’t odd; apparently it’s an alpha thing and show of dominance (though I still found it weird that my 40-pound female would mount a unsuspecting 110-pound male Golden Retriever and have her way with him.) Yet every so often she’d mount, hold on for dear life and, well, go to town like a virgin on prom night. Her back would arch, she’d gain speed and some power, yet upon walking away – she couldn’t stop. She was like a wind-up toy having a pelvic seizure.

One of the first ‘tricks’ I tried to teach ol’ Dog was that when she heard Blackhawks announcer Pat Foley yell “He scores!” she’d bark, thus alerting me of the achievement. I never could get it work and thought that maybe you simply couldn’t teach an old dog new tricks. Until one say I’m watching a pre-season game and Eric Daze put one in net. I got a bit excited and said (to one on in particular), “He scores!”.

A few seconds later there’s Dog standing in front of me with a little bark. I was so proud that I think I gave the whole box of treats. Thus started a tradition. Forget the command “Speak!”. My dog responded to “He scores!”

With the above as examples of my Dog’s weirdness – along with the fact that we thought she was a lesbian, liked to take running pokes at our other dog, patrolled our backyard with reckless abandon, killed bunnies with minimal effort, and preferred rice cakes over steak – my wife figured that “Dog” wasn’t an appropriate name. Yet at that point a total name-change would’ve confused her so we went with “Dogzilla”.

It was a far cry from “Lady” (her original name before going to the Humane Society) but truly appropriate. As I said, she was awesome, though certainly no “Lady”.

I had that dog for about six years but like so many others, old age caught up to her. She was limping towards the end and my wife thinks she might’ve had a doggy-stroke.

I can’t tell you if all dogs do, in fact, go to heaven but if so, I have little doubt that Dog is happily patrolling God’s backyard, sleeping on His couch, and humping Ol’ Yeller mercilessly.