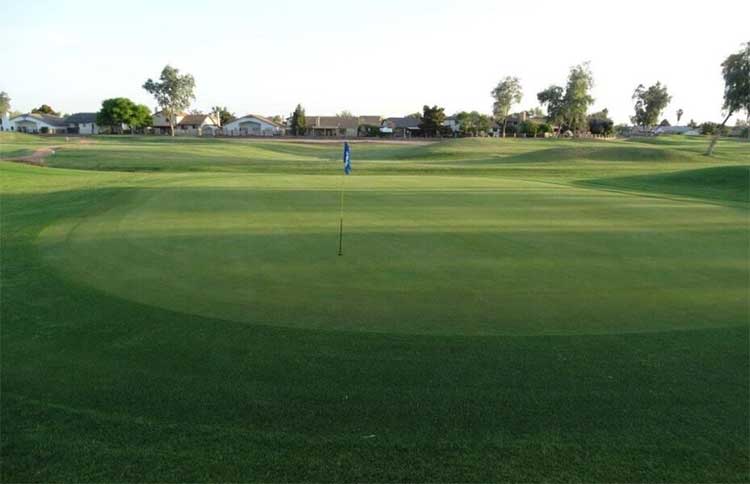 Seems like every golfer has their so-called home course.

Though don’t necessarily confuse home with favorite (though it can be). It doesn’t have to be where you shot your best round (though it is possible). Nor does your home course have to be the one with the hottest beverage cart girl (though those courses certainly tend to be memorable).

Usually one’s home course is closest to home. Maybe even the cheapest. Has great staff. And is one the golfer knows intimately (aside from the aforementioned beverage cart girl).

Where you expect someone to crank shitty music on their newly renovated golf cart sound system; where the snakes tend to gather and fornicate; and how to avoid the large electric poles running directly between the 1st and 9th fairways.

Where it’s easy to know exactly where the foul smelling algae-filled pond ends and where the sharp dogleg right begins (and how to avoid both).

The course map would indicate that the driving range runs parallel to the first hole with a tree-line dividing the two. It does not. It’s not quite perpendicular either, but it’s certainly not parallel. The “range” runs about 175 yards where it’s suggested not to use drivers or long clubs.

Personally, I tend to lose a ball two-out-of-three drives off the first tee. Not because they go sailing of bounds or get lost in a tree (though that has happened), but rather after hitting a solid 240-yard laser down the left side of fairway — maybe in the rough — my ball gets eerily mixed among 50 other various colored range balls. It looks like giant Easter egg hunt for 3-year olds and no one has time for that. And for the record, I do not take a penalty on that. Losing a good ball which the course will eventually sell back to me for a $1.00 is penalty enough.

One, and only if there’s time, clear a path from your ball to the hole. Having the foresight to include a broom in your bag would help, otherwise it’s a manual process involving a lot of bending over. You can still have fun with it by making it look like a little parade route or better yet, write out your name for the four-some behind you.

Or two, learn how to play the equivalent of putt-putt Plinko and plan for sudden turns, bounces and stops.

Don’t feel bad for the houses

Many Arizona golf courses are built amid neighborhoods where golfers have to drive on the streets to get to a hole or can literally catch the Cardinals score on someone’s patio TV along the 4th fairway on a Sunday afternoon. Pueblo El Mirage is built on such a neighborhood; a retirement community to be specific.

Fortunately for me, many of the houses are vacant during the 105+ degree summer months.

Twice I played the par-3 twelfth hole and twice got lost, quit and went home.

There is new construction around the green of hole number 12 and after playing said hole, I literally did not know the location of the 13th hole. The first time playing, I somehow drove back to the 11th hole. The second time, a detour almost led me back to the interstate.

Either way, I didn’t want to continue to look like an idiot driving around aimlessly so I made quitting look purposeful — as if I had an important appointment to keep. (I’ve since figured out the detour and have finished the back-9, but am not confident I could do it again.)

ALLLL that being said — the oddly positioned driving range, the littered greens, houses so close you could hear reruns of Matlock on TBS, etc. (Oh, and did I mention the rock quarry next door?) — I’ll go back again and again and again. A friend of mine is actually considering buying in the neighborhood so we can play every day, all year.