City of Harvey: Be ashamed. Be very, very, ashamed. 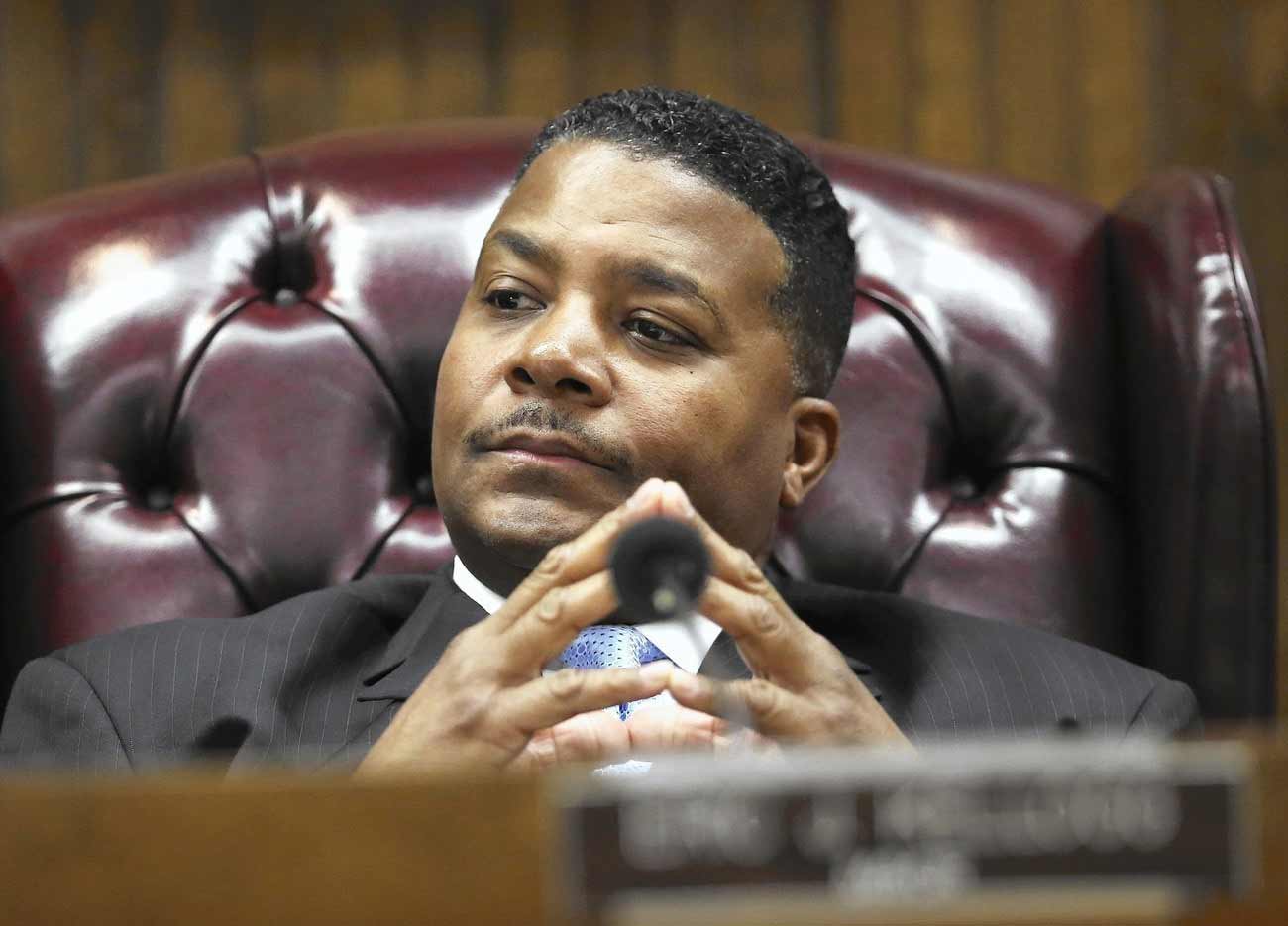 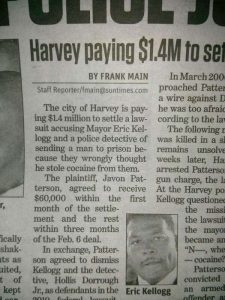 Take a look at the newspaper clipping to the right. Actually, just the first paragraph will do. And if you’re having issues reading it, just click on the image for a larger view. As a matter of fact, let’s make this as simple as possible. Here’s what it says:

The city of Harvey is paying $1.4 million to settle a lawsuit accusing Mayor Eric Kellogg and a police detective of sending a man to prison because they wrongly thought he stole cocaine from them.
Source: Chicago Sun Times

To be honest, I don’t have much to say about that. It’s stunning, really. I could bash the voters of Harvey (Illinois) for electing this guy, but that would fall of deaf ears. Not only did they elect him once, they’ve re-elected him twice! He’s held the position of Mayor since 2004.

In 2006, Mayor Kellogg ordered a police detective to take a gun seized from a convicted drug felon and make it “vanish” from evidence (Daily Southtown). The gun was later returned to the convicted felon’s family, again on Kellogg’s orders.

A True Crime Report story from 2010 titled Top 5 White Collar Villains, had Mayor Kellogg in the top spot. Five relatives are on the city’s payroll – including a $170,000 position to his niece as city attorney. He, himself, was double dipping as mayor and School Superintendent earning him an additional $202,000 for the latter. It also goes into his cocaine stash being stolen.

Just yesterday – April 22, 2013 – the front-page of the Chicago Sun Times exposed Mayor Kellogg and the City of Harvey for paying Mustapha Farrakhan, son of Nation of Islam leader Louis Farrakhan, for part-time police work. The young Farrakhan has a police badge, drives an unmarked Harvey Police squad car, and is registered with the state to carry a gun as an official City of Harvey policeman.

The son of a former school board president who was convicted of fraud for stealing $10,000 in student aid money from the State of Illinois – was rehired by Mayor Kellogg and the City of Harvard. (Chicago Tribune). 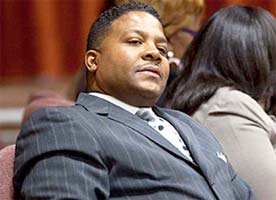 And yet, does anyone care to place a bet – right now – who will be Mayor of Harvey when the next election rolls around?

We can talk all we want about the fighting between Democrats and Republicans; about the problems in Washington, Springfield or (insert your state capital here). We can argue until we’re blue in the face that our elected officials put themselves and their party ahead of those they represent.

The bottom line is that we’re responsible. We elect these people (and in the case of the City of Harvey, re-elect them) based on party affiliation, 10-second media sound bytes, perhaps sex, race or color, what have you.

Until such time We the people take the power back and demand our officials represent our best interests and not those of themselves, their political party or other special interest groups, there really is no one to blame except ourselves.

Oh, and the people of Harvey, Illinois.