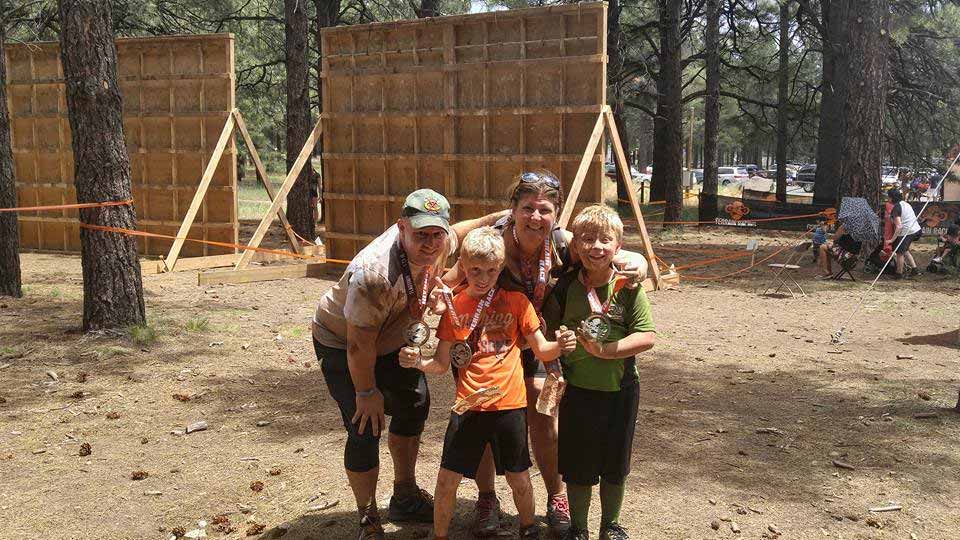 For a couple of reasons, I’ve long said that that my favorite obstacle course race was the Terrain Race in Flagstaff back in 2016. It was the debut of The Muddy Millers and it was on that day that the twin sons jumped up from the half-mile Mini-Monkey race to the full 3.1 mile big boy race. Needless to say, the dad-pride was in full force.

The real highlight, however, was looking over and seeing my wife at the starting line with me (though truth be told, we were standing in a large pool of cold, muddy, water waiting for the cannon to go off.) It was her first race and though she was probably there for the one-time family experience, I was hoping it would grow into a lot more.

In three years, she has done three races: two Terrain Races and one Rugged Maniac (with another Terrain Race scheduled for April.) These two race series are usually flat, fun, muddy and often considered beginner races. It’s not uncommon to hear someone say that they broke their proverbial OCR cherry at a Warrior Dash or Rugged Maniac.

Though as I think about it, maybe it’s more appropriate to call them gateway races as those who start with these often graduate to bigger names in the industry: Spartan, Tough Mudder or Savage Race.

For my wife, that happened. A few weeks ago she asked that I sign her up for a Spartan Sprint.

I was floored, flabbergasted, shocked, stunned and whatever other synonym from thesaurus.com you can throw in… I was also thrilled, giddy and excited.

I did a double take and asked, “Really? Are you sure?” and she said, “Yes and I’ll have a full year to get ready for it.”

The feeling immediately turned to admiration because my wife has psoriatic arthritis and has been apprehensive about stepping too far out of her comfort zone. I know that Terrain Race did that for her; Rugged Maniac did too. Now, Spartan will push that envelope a little more.

As of this morning, she is officially registered for the 2020 Arizona Spartan Sprint.

Somewhat coincidentally, the other day I was reading from the book Spartan Fit and the following line immediately jumped out and is apropos here…

I’ve no doubt my wife can finish next year’s Spartan Sprint. None. She will throw that spear, climb the cargo net and jump the fire like everyone else (though I may have to coax her through the dunk wall).

The real victory will be had immediately upon jumping the 4-foot wall, standing mere yards from starting line, as the emcee yells, “Aroo, aroo, aroo – Goooo!”