A coming out. Sort of.

Yesterday was Autism Awareness Day. Now I won’t go into a lot of details about the statistics or what it means to be autistic – as there are plenty of resources available online – but I’ll say that for the longest time I just thought that autism was a form of mental-retardation that couldn’t be defined. I was ignorant and wrong.

In the almost four years since the birth of my toe-headed twin boys, I’ve learned more about autism than I ever expected to; which is why I’ve been thinking a lot lately about a recent question asked to me by my wife. 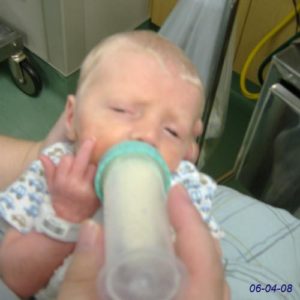 She had wanted to know if I had told one of my long-time friends if our son, Matt, was autistic. After thinking about it for a bit, I honestly didn’t know. At this point, I’m leaning towards NOT.

So then I got to thinking about who else I haven’t told and perhaps more importantly, why haven’t I told them. Granted, most of our friends and family know but it’s not a topic I post about publicly online or talk about casually.

It’s certainly not because I’m ashamed of young Matt. I love that little guy more than anything in the world and will take every opportunity to brag about how wonderful he is, how smart he is, the funny things he does, and how proud he makes me feel. I could write for hours telling stories of his experiences and describing the incredible little human that I’m sure everyone sees in their own children.

Maybe it’s because I don’t think he’s “autistic enough”. Meaning: despite his struggles communicating and socializing, he’s still considered ‘high-functioning’. As a matter of fact, early on there was debate on if he belonged within the autism spectrum or a couple of diagnoses just short of it.

Is it the label? Maybe. Personally I don’t think I’m embarrassed of it, but my real hope is that it’s not something that Matt dwells on for the rest of his life. I hope it’s not something his friends and classmates use to define him. (At this point, both the wife and I, along with his current teacher, believe that on his current pace of improvement, Matt could very well test-out of the label in a couple of years.)

Nevertheless, perhaps now’s the time to just say it those who may not already know: my son is autistic and if you have a problem with that, then you truly do have a problem.