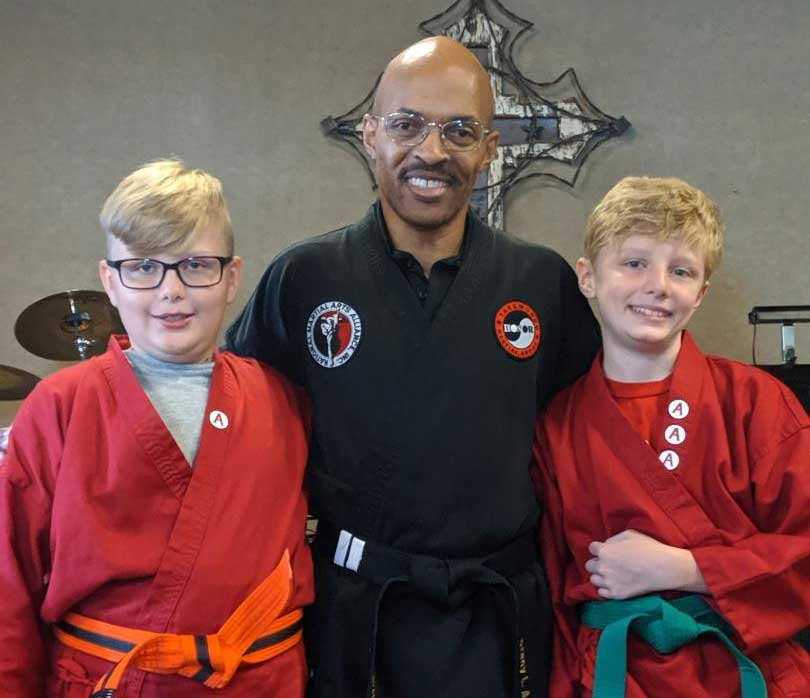 My son Matt has autism. Most of those who follow this blog already know that. Yet it is precisely because of his autism that I feel the need to occasionally highlight his accomplishments; even if those accomplishments sometimes fall into the realm of becoming routine.

This past week, Matt made honor roll at school, moved up a rank in Taekwondo and may also have learned how to manipulate others to get what he wants. (And despite being quite funny, I am still unsure how I feel about the latter.)

Honor roll. That’s about all that needs to be said. Matt’s first quarter, middle school, report card has three As, two Bs and two Cs.

For a kid who has autism, who spent grades one, two and three in a special needs classroom, and only began integration into a mainstream classroom part-time in grade four – to step up and start off this well in middle school has been a joy to watch.

There has been so much change this year – and for with those with autism, changes in routine can often be difficult to adjust to and handle – and yet, he’s facing it all somewhat nonchalantly. Middle school has more students, lockers, multiple teachers, and the expected increase in difficulty of the subjects being taught. So far, Matt’s taking all of it in stride.

Besides, when it comes to school, his personal motivation is clear: he does not want to go back to a special needs class.

This past Saturday, Matt was awarded his green belt in Taekwondo. In two-plus years at Oasis Martial Arts, his belt progression has gone from white, white with black stripe, orange, orange with black strip to now green. Which meant twice-a-week classes, memorizing some basic phrases in Korean, and learning various moves, patterns and self-defense techniques.

The discipline and increased self-confidence often associated with taking martial arts has been clearly noticeable in Matt. It is impossible to believe those traits have not helped him in school, with socialization and other aspects of life.

This might be a first. At the very least, a rarity.

When it comes to Matt and his autism, the world is most often black-or-white, yes-or-no. He either wants to do something or he doesn’t. Either he loves something or hates it. And when his mind is made up, there really aren’t any other options.

The other day Matt’s twin – as he often does – was almost begging Matt to play a game with him; this time: beyblades. A game that Matt simply did not want to play. So my wife stepped in and told Matt that if he did not play with his brother, then he had to empty the dishwasher.

It was then that the light-bulb went off and the following conversation took place:

Though I fear this sets a bad precedent for the future brother-brother relationship, it was somewhat fascinating to hear about. Manipulation – or to use the phrase of the day quid pro quo – has never been a part of Matt’s persona.

Perhaps now it is and for his brother (or anyone else who might underestimate him), look out.

All of the above might not seem a big deal to most people, but those examples add to Matt’s overall success story. The ability to just be normal (however you want to define that) does not always come easy yet his determination (and stubbornness) has become a big part of who he is.

Personally, I am in an almost constant state of worry about him, his future, his potential and that’s obviously all on me. My wife thinks I’m more protective and am more of a helicopter parent than she is (which may be true, though I don’t believe so.)

Nevertheless, in spite of the hand life’s dealt him, young Matt is a happy 11-year old. He works hard in school, is liked by (most of) his peers, enjoys playing pranks on others, is polite and so much more.

And isn’t that what’s important?