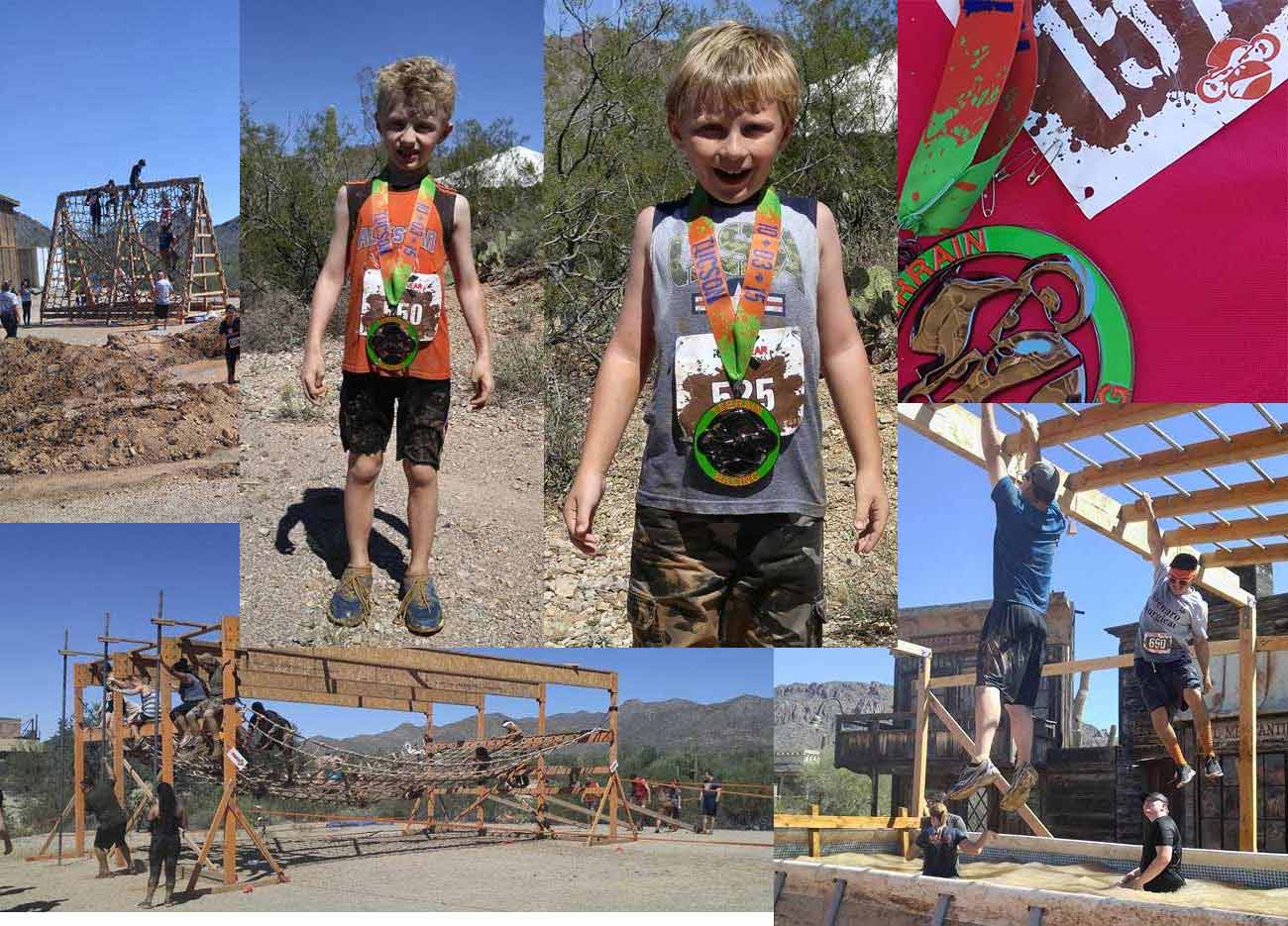 After I ran the Arizona Warrior Dash in 2014, I remember thinking “this is a poor man’s Warrior Dash”. By that I meant in both Illinois and Nebraska, the Dash took place in grassy fields and had natural obstacles like hills, creeks and a pond.

Illinois and Nebraska sort of set the standard for what I believe obstacle course races (OCR’s) should be.

In Arizona, the run took place at a minor league baseball complex with most obstacles built consecutively in a big parking lot. The houses in the local neighborhood provided much of the so-called scenery and any elevation in the terrain consisted a stadium steps.

It was an entirely different experience and, in my opinion, not worthy of the Warrior Dash title. I vowed not to go back and skipped the 2015 run. (Although the run is literally 2-miles from my house and I could easily walk or ride my bike there in 2016.)

This past weekend I participated in the Terrain Racing series in Tucson and at first glance there was a part of me that also wanted to call it a “poor man’s Warrior Dash” but I don’t think that would be fair. It certainly had a different feel to it but after taking it all in — and running the course — it clearly delivered a good experience.

The run took place in Old Tucson; a wild west town set-up with beautiful mountains in the backdrop and desert-like terrain. The sun was shining, the cacti were plenty, there were horses in the pen and the participants were out in force.

I’m told they filmed a lot of “The Three Amigos” there so I actually ran in the same area that Steve Martin, Chevy Chase and that guy from SNL that really loved Pat Sajak once roamed.

The start of the run had all participants herded in a pair of large bins filled with dirty, water and when the starter’s canon boomed – and it was a real canon and it really did boom – everyone had to climb and slosh over the sides to the starting line.

Missing were the barbed wire crawl and fire jump typically found at runs like this.

For the most part it was an easy (i.e. flat) course and the obstacles weren’t all that difficult. Although seriously, I really REALLY hate the frickin’ bucket carry.

But when it was all said and done, the 3.2 mile course delivered some challenges, some manufactured mud and a big-ass finisher medal. The free participation beer was tasty — as always — and the kid’s run was cool. Just ask the twins.

Not every mud run can be the Warrior Dash or the Spartan Race. Nor should they be. Smaller runs should have their own flare and local flavor.

I thought the Little Monkey Course was pretty good for the kids (ages 2-10). It was a half-mile to mile course that had the kids in the same watery bins at the starting line and ran them through several of the same obstacles as the adults. However, that was a bit of a problem in that there were still adult heats in progress and mixing a bunch of hyper kids in areas where the adults were trying to complete their races got a little confusing and chaotic.

The kids earned the same medal as did the adults and the event is a great way to introduce kids to the sport.

For awhile, the kegs for everyone’s free beer ran out. The volunteer told me that after 3-kegs, they were told by race officials that there was no more. However, there were still many runners out on the course who would be expecting their beverage upon finishing so that had to be remedied. It was, but not necessarily in a very timely manner.

Between heats, the announcer/MC guy would call out volunteers from the crowd for burpee contests, body squat challenges, push-up competitions, etc. Prizes included compression sleeves and Muscle Milk. Between that, the vendors, the DJ and the tours of Old Tucson happening — there was a lot going on to keep everyone entertained.

Son #2 climbing out of the starting line water bin