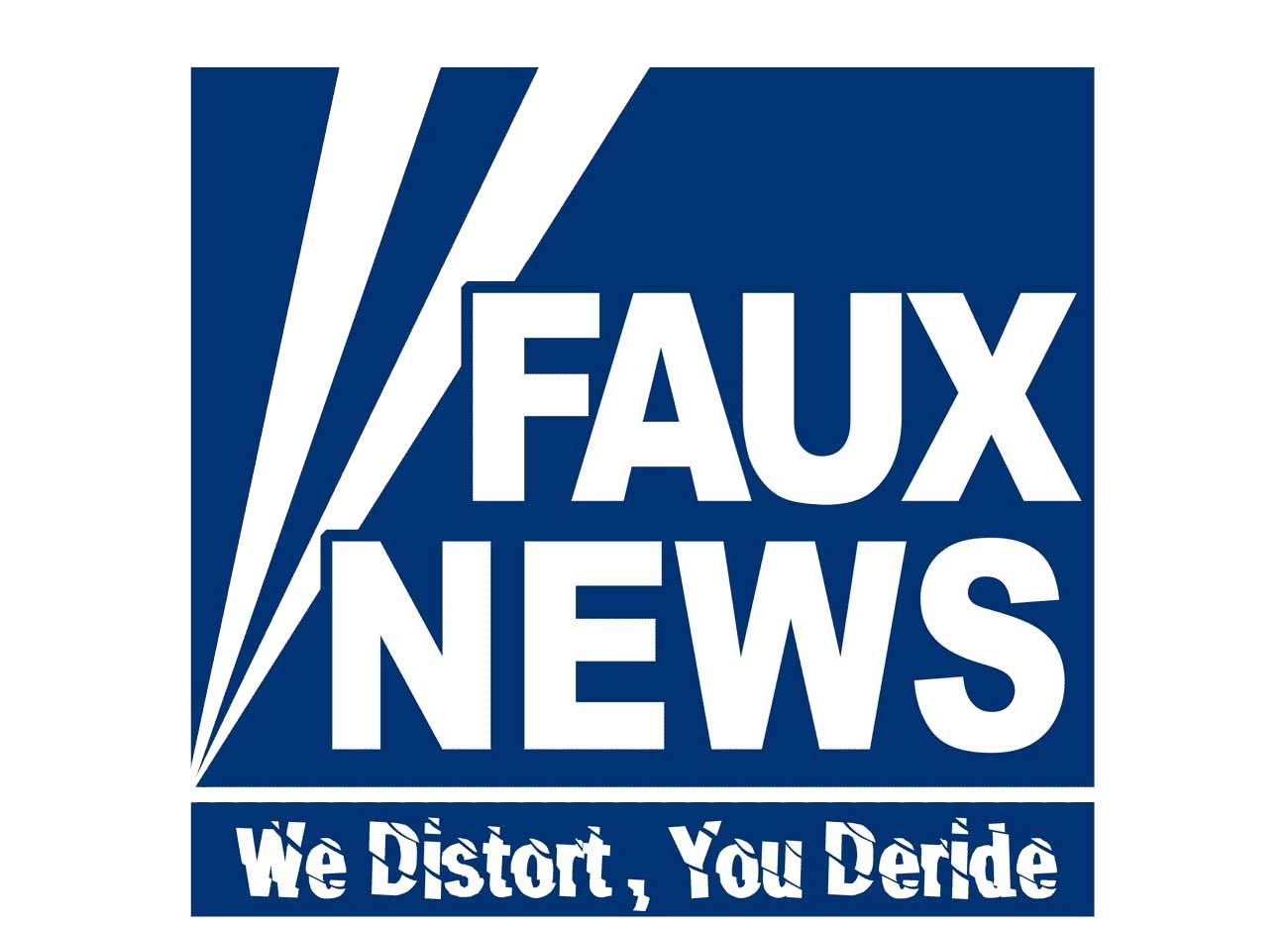 Let’s get this out of the way up-front: If you believe the steamy pile of bull shit fed to you daily by Fox News and consume it as truth as if it were a plate of 20 delicious, Three Mile Island, hot wings from Hooters — you’re an idiot.

The same goes for following ultra conservative groups on Facebook or other social media that don’t necessarily tout the benefits of the conservative platform, but rather rely on exaggerated (or blatantly false) scare tactics to slam liberal side of the equation.

I get that we’re attracted to people (and media) who reflect similar viewpoints beliefs. It’s how we make friends, how bonds are formed and are part of the common thread that can keep relationships strong. But when there’s overt manipulation at play, lies and an agenda – there’s a problem.

Gravitating towards a single viewpoint or so-called party platform — while automatically dismissing an alternative view without giving it full consideration — is utterly irresponsible.

A huge issue making the proverbial rounds right now is Syrian or other middle eastern refugees. Over and over we’re hearing the scare tactics being broadcast and posted about big “what if” factors. What if… a terrorist gets into the US? What if… we let them in and they break our laws? What if… they commit murder or rape?

News flash: immigrants are much less likely to commit crimes than those people born in the US.

If the US were to let in, say, 15,000 Syrian refugees – how can anyone seriously believe that the safety of our country is at any greater of a risk when, in any random group of 15,000 born-and-bred Americans, there are murderers, rapists, thieves, child molesters, gangs, arsonists, crooks and yes, potentially terrorists?

There is a vetting process with these refugees and, from my understanding, it’s pretty thorough. And, as mentioned above, the process seems to have worked quite well for the other hundreds of thousands who have been allowed into the U.S. in the last 20 years or so.

Now. If your argument is that the US should take care of it’s own homeless or better yet, homeless veterans first, before allowing in refugees from across the globe — then I wholeheartedly agree. It’s a joke how we treat some of the men and women who served in the military. But, please, stop with the “the US may cease to exist if we let any Syrians (or Muslims) in” thought process.

Unfortunately, there are still a lot — an embarrassingly large number actually — of people who support Donald Trump and I honestly don’t know what’s worse: Trump’s rhetoric or the fact that people believe it.

If you believe Trump when he says he witnessed thousands of Muslims cheering in New Jersey on 9/11 as the towers fell, it’s already been proven a lie. You’re an idiot.

If you think it’s ok for Trump to make fun of a handicapped reporter, while somehow demanding that the newspaper apologize to him – you’re an idiot.

If you truly believe that Trump will build a fence at the border and have Mexico pay for it – you’re an idiot.

If you believe the statistics in the tweet Trump sent out titled “USA Crime Statistics” – you’re gullible.

If you believe a president who says that, under his administration, people will go back to saying “Merry Christmas” – dumb, dumb, dumb.

When is enough going to be enough? This man is NOT presidential material.

And before I hear any responses along the lines of: “Well, at least he’s not Hillary!” Zip it, Skippy. Hillary has no business in the White House either. She’s a two-faced, lying, manipulative, (person) who shouldn’t receive anyone’s vote either.

But to vote for anyone bad because they’re “not as bad” as the other person is illogical.

“Sure, Bill, of course I hate Fred. I caught him raping my cat the other day. But hey, at least he didn’t burn down the school and kill innocent kids like that asshole Tom did! So, yeah, call Fred and lets go get a few beers!”

Stop supporting one candidate over another because they’re the lesser of two evils. Stop voting straight party. Stop believing everything you hear or read in the media.

Sorry to disappoint you but everything you see on internet isn’t always true.

If any of this offends you, good! Maybe it’ll somehow chip away at your foolishly held belief that one party is better than the other; that Fox News is somehow “fair” or “balanced”.

Neither party represents the people; neither one votes the way we want them to. They represent themselves, their parties and more importantly, the lobbyists who fund their coffers.

We, the people, are at least fourth on their list of priorities.

They push their will onto us and not the other way around like it should be. And they do it through half-truths and scare tactics.

Then again, maybe someone like Donald Trump really does reflect the views of society. If that’s the case, this country is in a much sadder state of widespread sexism, racism, discrimination and just downright idiocy than I ever imagined.