A simple letter to Santa 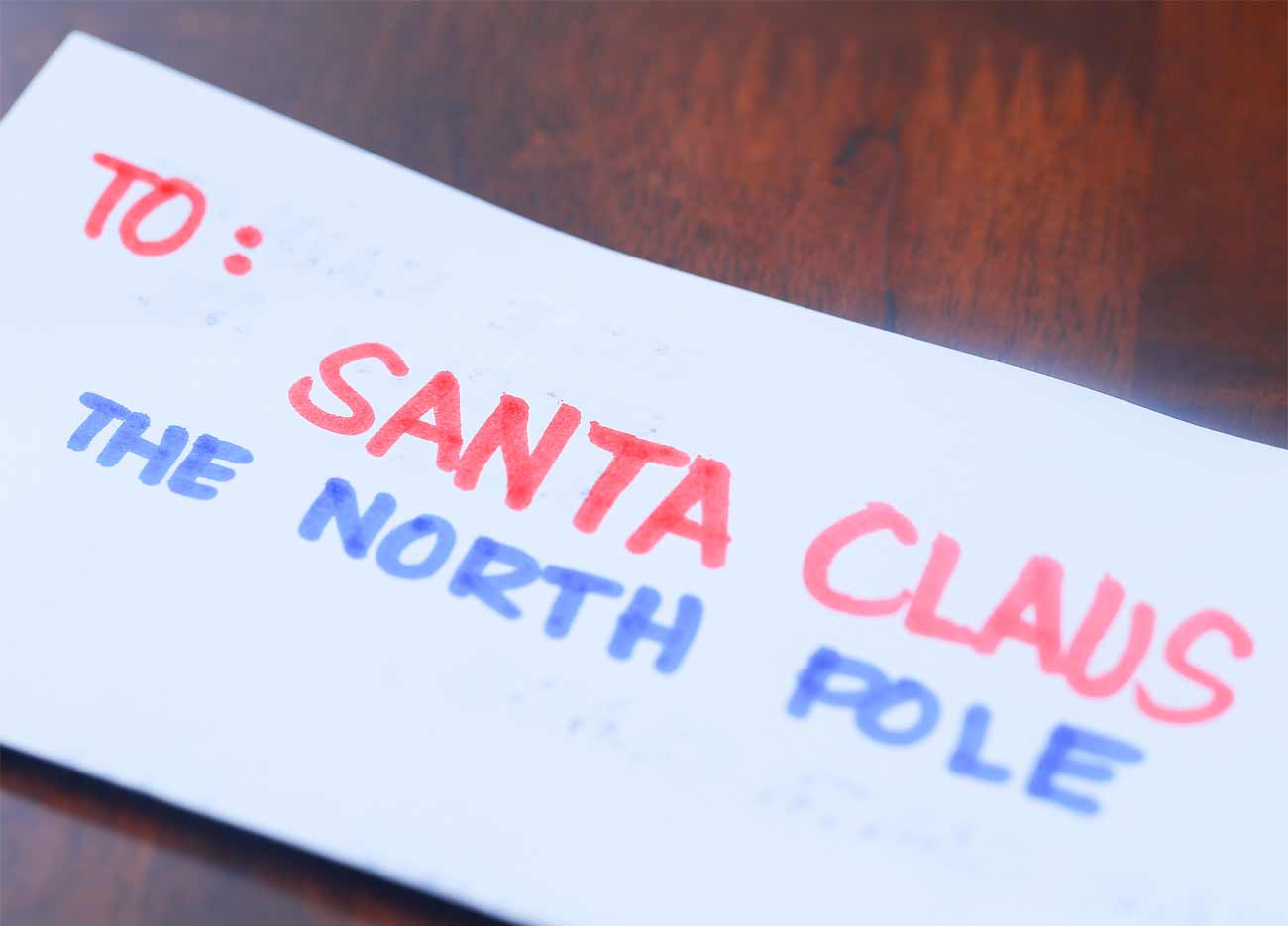 Last night my 7-year old autistic son surprised me by asking if he could use my computer to write a letter to Santa.

Of course I said yes, but thought it was a puzzling request because prior to last night, it seemed to me that it was Matt’s belief — despite the power and near infinite amount of knowledge that can be gleaned from the internet — that a computer’s one and only purpose is to look at Thomas the Tank Engine pictures on Google.

At the same time, he has never really shown much of an interest in communicating to anyone by writing (or typing) a letter. And trust me, we’ve tried to encourage him to do so. Yet more times than not, he’ll only write the minimum required for his homework — and that’s it.

As a matter of fact, I would love to one day start a Matt-only blog with just his thoughts and words. I sort of envision asking him questions almost daily and having him type out his answers. Maybe a sentence or two (or more) about how his day went at school. I can also see his imagination sometimes taking over resulting in weird stories about a Minecraft train being ridden by Angry Birds in outer space.

Most days, I’m sure, it would only be a few words but there is so much going on inside that little head of his that I would think, like most people, he craves a way to get it out and be heard.

And, admittedly, from a somewhat selfish point of view, I just want to better understand my son and what it’s really like living with autism.

Thus, I fired up Word and basically said “Have at it!”; not being sure what I should expect.

Without any formal typing lessons — after all, he’s only seven — it took him a while to get out the following but here it is. Matt’s letter to Santa.

In typical Matt fashion, and perhaps in a sort typical autism fashion, his letter was succinct and to the point with very few wasted words: I’m good, I won’t do bad, give me toys. Love matt….

And although I shouldn’t let anything this kid does surprise me anymore, I have to admit I was pleased with his spelling. All seventeen words were spelled correctly. Someday I’ll knock him for capitalization and punctuation, but not yet.

It turns out, Matt’s real motivation came from a comic he saw earlier in the day with Garfield writing a letter to Santa (see below).

Despite the somewhat blatant plagiarism, we’re in constant awe of just how far he’s come. Every day he continues to prove that he’s not only still in the fight but that even though autism has taken a lot from him, it’ll never take away his voice and, more importantly, his mind.