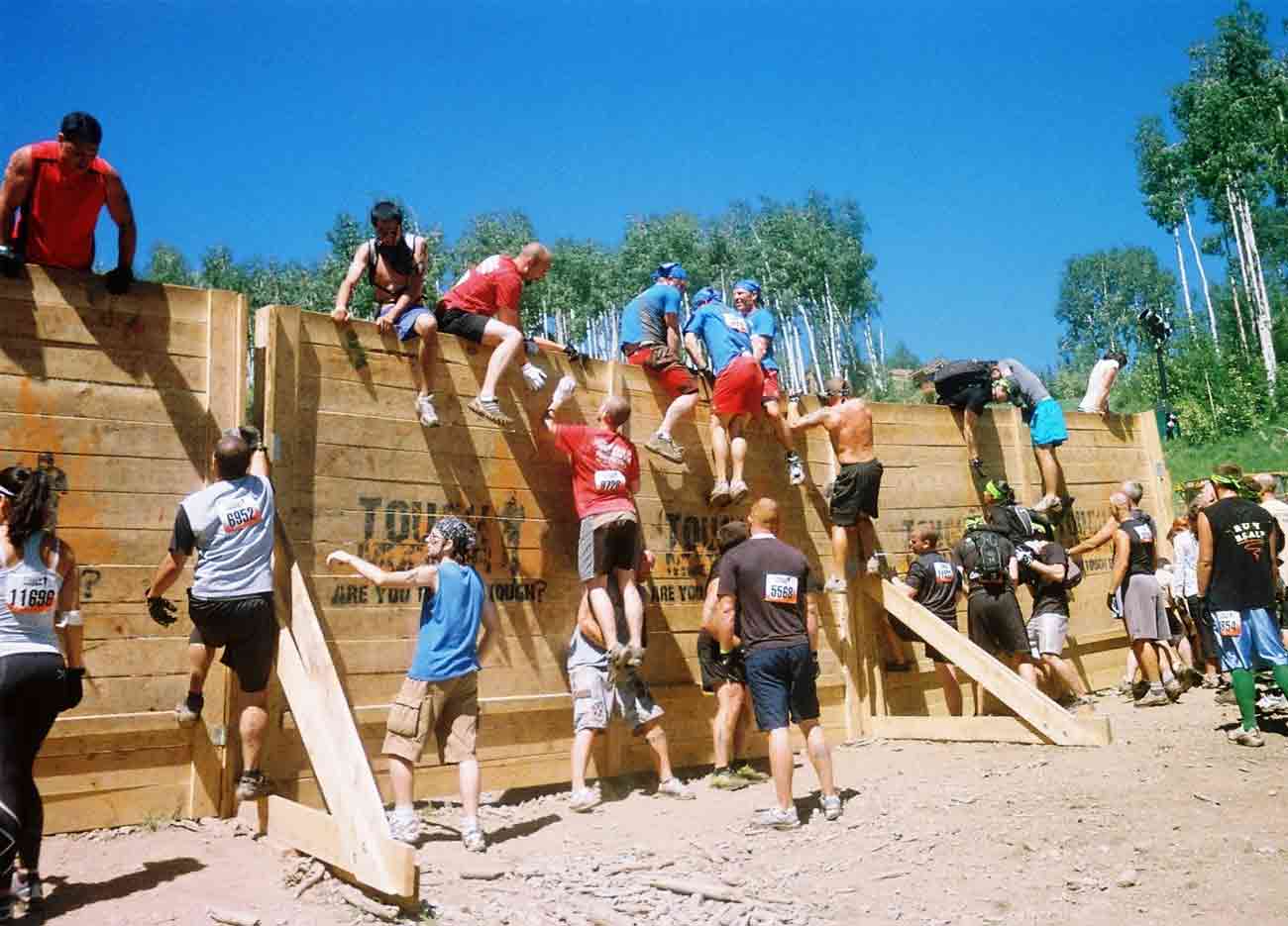 I often think about what makes me borderline obsessed with obstacle course racing (OCR). I mean, it’s not as if I like running. Being semi-old with a bad back and a bum foot isn’t a good recipe for running flawlessly like those young, fit and attractive people seen in Reebok commercials smiling while enjoying a granola bar. In my mind, the so-called runner’s high is a myth.

And if you think about it, much of the training needed for OCR — be it running, bear crawling, lunges (God I hate lunges), bucket carries, etc. — actually kind of sucks. When was the last time you ran with a 35-lb wreck bag over your shoulders, chest heaving and thought to yourself: “Isn’t this just frickin’ awesome!”?

Yet here I am two weeks away from the Rugged Maniac and I’m chomping at the proverbial bit to carry that wreck bag, slosh in the water and slide into the mud pit. I can’t wait for this summer’s All Terrain mud run when the twins will be running along side of me. Or the Spartan Sprint in September (with the inevitable burpee penalties). Or the season-ending Battlefrog in November.

Perhaps it’s all just mental. That by doing these weekend runs or hikes, bike rides, the occasional 5 a.m. weekday mile run, push ups, burpees and other exercises — that I’m just tricking myself into thinking I’m somehow still a real athlete.

But the more I think about it, I realize it’s more about the OCR mind-set than anything else. It’s the attitude as oppose to the exercise.

It’s knowing that the elite athletes will help the weekend warriors. That team participation is greater than individual accomplishments. That it’s a sport open to EVERYONE.

Many events are open to kids as young as four years old. I’ve seen grandfathers cross the finish line with amputees, returning soldiers and all types of people just looking to challenge themselves…

Spartan Race has the Special Spartans: which offers kids and adults with specials needs the chance run a Spartan just like everyone else (they even have volunteers dressed as super heroes running along side every step of the way.)

It’s the idea that someone on the course will help anyone else in need even though their own time or pace or finish might be affected.

Towards the end of the Warrior Dash in Arizona in 2014, a large group of us were mulling around a new obstacle waiting for our turn. It was a pretty impressive structure where you had a vertical cargo net climb for 15-feet, step over a little ledge onto another cargo net for a 10-foot horizontal crawl, which ultimately led to a few stairs and the climactic slide down into an awaiting mud pit.

As we were all waiting, there was a noticeable silence followed by a crescendo of clapping and cheering. Looking around — and ultimately up at the obstacle — a very large woman was making her way up the vertical climb and struggling to get over the ledge. (It might be an understatement to put her at 325 lbs.)

I know that I was worried. She was up high and struggling to get her leg over the ledge. Whether it was her physical limitations, the already slippery and muddy structure, or perhaps fatigue taking over, I didn’t think she was far off from falling but the crowd was not going to let her fail.

As people were cheering her on, another runner worked his way over to her, but before he could begin to help, she got her leg over the ledge and was home free resulting in a huge eruption from the rest of us.

I think it was at that moment I realized this was more than just a fun mud run. I witnessed something kind of extraordinary and have seen similar scenarios repeated over again at other races.

OCR has a lot of momentum right now for a lot of good reasons: it’s fun, challenging, is getting people more active and is spawning a community of people wanting to help others. Podcasts have sprung up offering advice on how to better oneself as well as videos on training, diet and exercise.

Obviously I don’t know how my back, foot or general health will hold up as I get older but my goal is to one-day be that grandfather crossing the finish line. Only then I hope to be holding my wife’s hand as we both try to figure out how, the hell, to jump over the fire with our arthritic knees while simultaneously posing for that perfect photo.