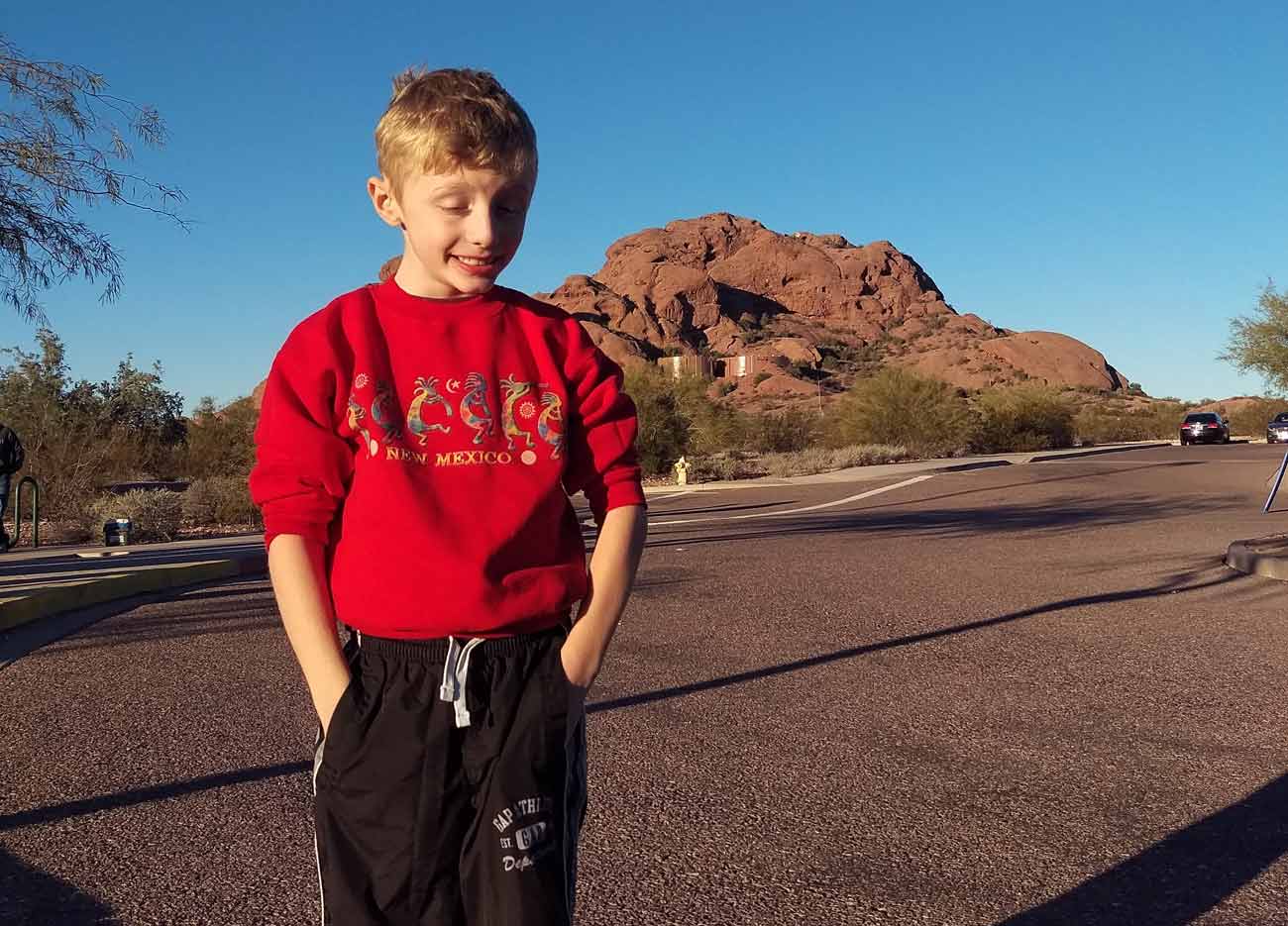 On a previous installment of Life at the Speed of Matt, you might recall that young Matt was struggling big-time with my move to Arizona. As I’ve often tried to hit home in these blogs about Matt, transitions are not easy for kids on the autism spectrum. Those with autism simply have a more difficult time adjusting to change.

Thus, you’ll often hear parents, teachers, doctors, therapists and other so-called “experts” talk about the need for routines and daily patterns. My wife and I – oh who am I kidding? – my wife has done a great job of creating consistency in Matt’s life. On a daily basis, he knows what to expect and if there’s ever a change, we try to prepare him for it ahead of time.

Which means, of course, we still go out of our way to expose Matt to new and interesting things. I mean, he’s still a kid and no kid should live life in a predictable bubble. As his parents we just need to anticipate and read the signs before he becomes overwhelmed. Sometimes we win, sometimes we lose (give back the spark, come light the fuse…*)

The bottom line: if Matt expects you to ‘zig’ you damn well better not ‘zag’. Otherwise, he’ll most certainly let you know.

Last March I moved to Arizona and in one day: his father was gone, his home of nearly four years was sold and he moved in with his grandparents. There were new rules and new routines to follow.

Trust me, this is a lot for any child to handle but for one on the autism spectrum, for Matt, to put it bluntly: that day sucked-ass.

The results weren’t entirely unexpected: he pee’d in his pants at school (his first ‘accident’ in years), he’d cry for what appeared to be no reason, he started randomly sniffing his fingers, he was defiant and his “autistic” behaviors increased.

As a result, he was being yelled at, put into time-outs, had toys taken away, and received a lot of preemptive scolding. At a time when he really needed a lot of comfort and understanding, he was getting the opposite.

Yet that’s not meant to blame grandma, grandpa or my wife. After all, dealing with a set of 6-year old twin boys can be tough on anyone but add to that mix a missing father, nearly-retired grandparents and an autistic child going through a very tough time and everyone (and I mean EVERYONE) was stressed to their limits.

When the family eventually made their own cross-country trek to Arizona, we expected another, perhaps difficult, adjustment period for Matt. It’d be his third house in three months, I’d be back in his life, his grandparents would no longer be around and there would be new patterns to follow.

As it turned out, we were worried about nothing. Matt was/is fine and from day one has basically acted as if he’s been a Phoenix-ite his whole life.

He’s happy, no longer sniffs his fingers and listens and follows directions better. And not once has he pulled up a step-stool to pee in the kitchen sink (did I mention he did that at grandma and grandpa’s house??).

Oh. And he’s talking more! He makes requests, engages in conversation and has become quite argumentative at times.

Most importantly, all of the naughtiness and inappropriate behavior over the past two months disappeared.

Don’t worry. I’ve got this.

Matt’s ability in adjusting to his new routine has been amazing. He seems to love his new house, goes swimming almost daily and has a very good experience at summer school (just yesterday, he was awarded Student of the Week” in his class).

I just can’t say enough about how this move to Arizona has been wonderful for everyone. My job is going well, my wife feels better, and Matt has taken huge strides in his talking, social skills and overall behavior. Just the other day, Monica was questioning why we didn’t make this move earlier.

To sum up the previous 683 words in a mere 12: Matt continues to kick autism’s ass – only now it’s in another timezone.