What do we name this puppy? 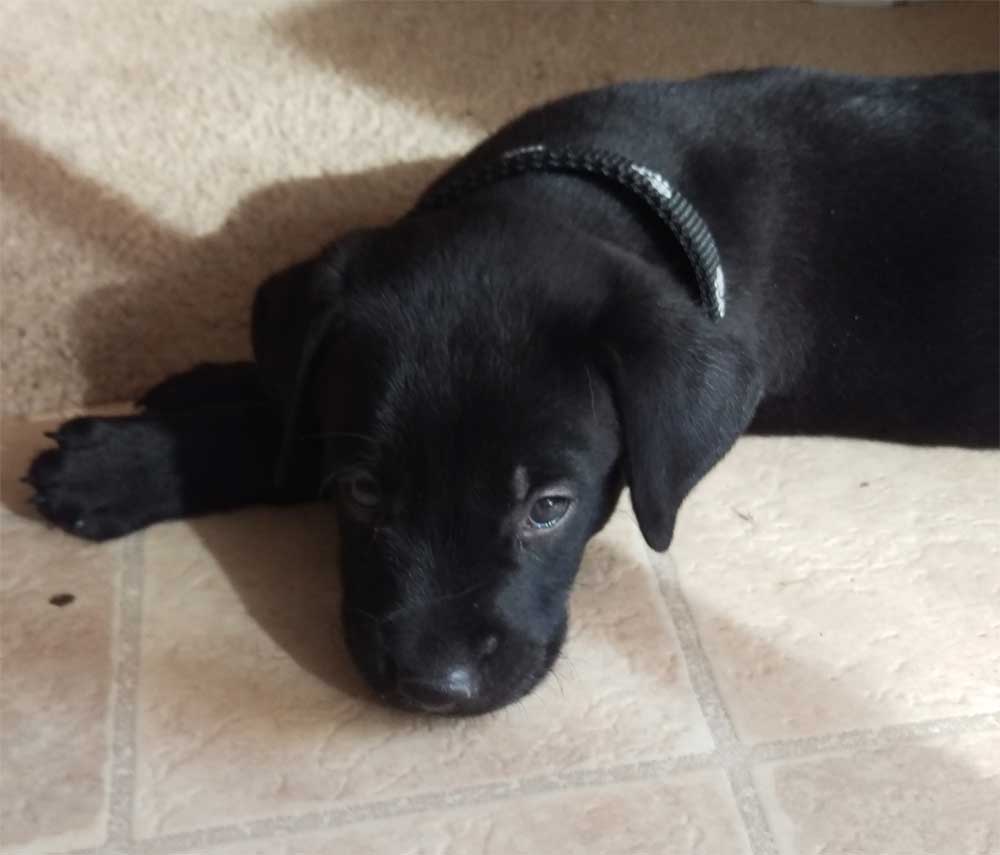 Just look at that face. What a cutie! I mean, how can anyone not love a puppy? This little guy is a six-week old black lab and the newest member of our family.

A boy and his (someday-to-be-service) dog

In addition to being a typical family dog, the longer term of goal of this puppy is to eventually be trained as a service dog for our son with autism. Admittedly, though, I’m skeptical as to why he needs a service dog. After all, how often have I bragged on this blog about just how far young Matt has come with his verbalization, socialization, integration and just about any other ..ation word you want to throw in there?

Ultimately, I guess I’m not sure how a certified service dog is going to help with all of that, but I’ve got a feeling that it will, one day, make itself clear. Until then: Hey! Look at the cute puppy!

Now. Cultural norms tell me that as husband, father, male – I am the proverbial ‘man of the house’. That based on my tax returns, the federal goverment labels me ‘head of household’. And my ego, of course, has long given me the title of ‘King of my castle’.

Yet somehow when it came to what should be a basic right as the patriarch of the Miller family – such as naming the newly acquired family pet – my decree fell on deaf ears.

The wife nor the twins agreed to my choices of a name; both options received, at best, a rolling of the eyes. At worst: a minor scolding from Son #1 who, no matter what the dog’s name is, will always be called Pal.

So after having my input summarily dismissed, I did what every man in the year 2016 would do: I went to social media looking for help; soliciting names to come up with an option that both my wife and kids would agree to (while taking full fatherly credit at the same time).

Then there was Stardust, Tommy Hawk (not a chance in hell on that one), Ziggy…

None were as solid as my original options, but all were denied.

The final result, after coming to my wife in a dream: Sullivan (a.k.a. Sulley). You know: from the “Monsters, Inc.” movies.

Look out. He’s a monster!

Why Sulley? Because he’s a little monster and anyone who has ever had a 6-week old puppy will surely agree. He pees everywhere, bites at my toes, wants to chew up everything in sight and chases – perhaps “scares the hell out of” is a better phrase – our 7-year old, 80-lb, golden retriever.

So yes, Sulley is probably appropriate.

But seriously. Who wouldn’t want to name their puppy Doggie McDogface? Or, if you’re a fan of Steve Martin’s movie “The Jerk” – Shithead?