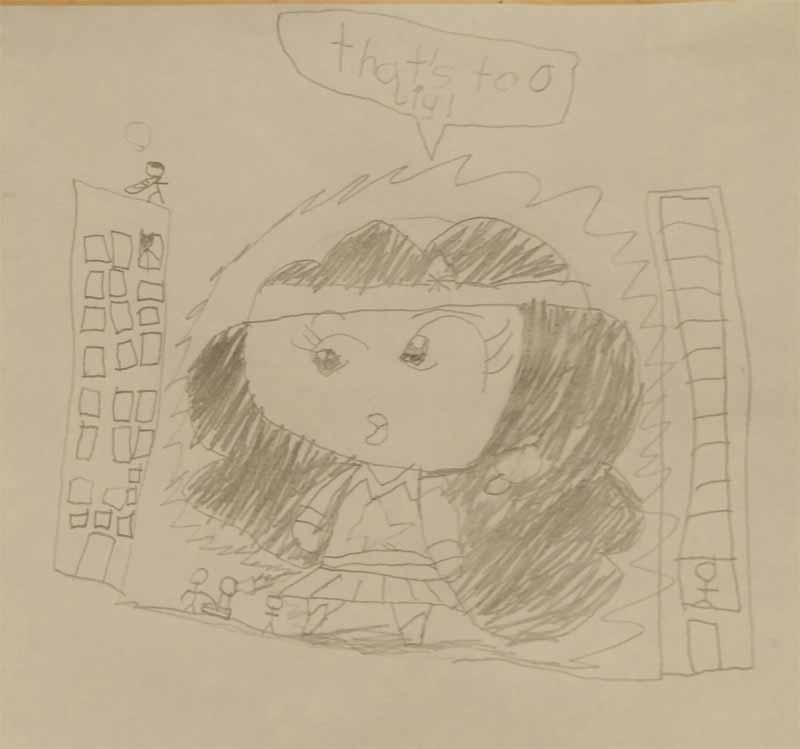 This won’t be a long one, I promise, but it’s been awhile since I last posted anything about young Matt and I wanted to give an update on his path to kicking autism’s ass.

It’s no surprise, really, but he’s on to the fourth grade! More and more I worry that he’s pretty far behind the needed knowledge and skills of most of his now-fourth grade peers, but he has no doubt worked hard and exceeded many of his social and educational goals this past year.

Then again, I’ve been proven the fool before; too often actually. Just when you might think he hasn’t (or perhaps can’t) grasp a certain skill or concept – he randomly pulls it out of his (kiester) to much of our amazement.

I still believe he’s in for years of playing catch-up, but I’ve yet to see the ceiling that I think a lot of us – early on after his diagnosis – were worried existed. As of now, the sky is truly the limit.

Yet now that school is out and that pattern is essentially (though temporarily) broken, we’re seeing an entirely new Matt – but in a good way. 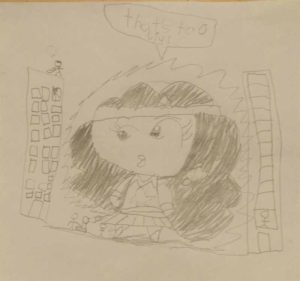 Without being confined to a desk or working hard to sit still and keep quiet in class, Matt is coming more out of his shell. He’s much more talkative, despite still being overly repetitive.

He’s telling jokes (perhaps not good ones), he’s entertaining, he’s acting goofy, he’s trying to pull pranks on us and is as out-going socially as I’ve seen in a long time. If ever.

Almost daily my wife tells me that Matt’s just “Mr. Personality”. I’m curious to see how this progresses throughout the summer as the neighborhood kids come over to swim and play. Either way, it’s wonderful to watch and be a part of.

It’s been awhile since Matt has put the pen to paper and created a comic or a written story or even drew a picture. Though lately he’s been drawing pictures of Sonic the Hedgehog and the characters from that cartoon. 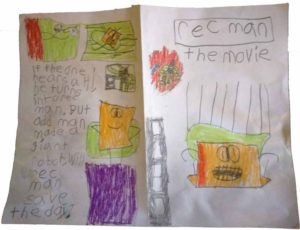 Recently he attended an art class offered through the library and on day one drew (free-hand) a very impressive sketch of Wonder Woman (see picture to the right; click on it for a larger view.)

The kid’s got some talent. At the very least, a lot more than anyone else in the immediate family. Especially at age nine.

He’s also decided that his Rec-Man comic now needs to be made into a full-length, Hollywood, motion picture so he has already created the DVD cover.

Now we just need to remind him that he needs to write the script.