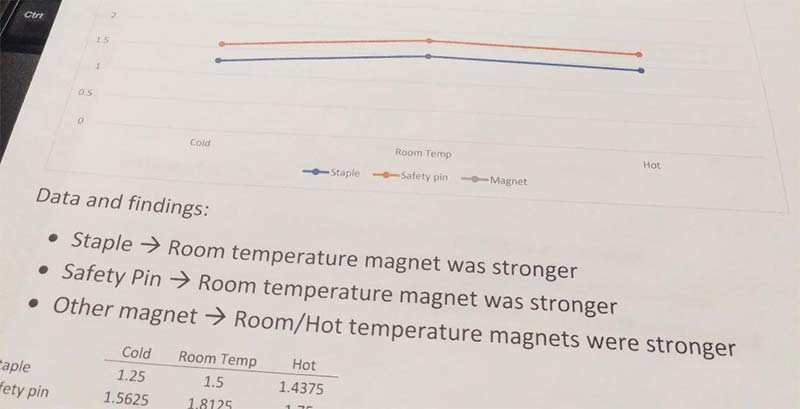 In his continued journey to leave his special needs classroom in the proverbial rear-view mirror and to better integrate into a mainstream class, my now 10-year old son with autism was recently assigned a science fair project at school which – just as all the other fourth graders – included the same expectations to follow specific procedures, answer the same workbook of questions and to present his findings in front of the class.

To keep these projects at a somewhat fourth grade level, students were provided a list of 50 scientific questions in which to research and test. No two students could choose the same question and all choices had to be approved by the teachers. In typical Matt fashion, he went against the grain and chose something not on the list.

After a trip to Meteor Crater near Winslow, Arizona, Matt developed an interest in magnets because, in the gift shop, he convinced us to buy him six magnetic balls in which he then proceeded to try and stick to every known substance and surface in the house, car, backyard, etc. So it was not surprising that for his science fair project, he insisted (if not demanded) to do something with these magnets despite the fact that none of the approved topics included anything to do with magnets.

Coming up with a magnet-related topic and question in which to answer and test proved somewhat difficult. Matt simply wanted to show all of the objects that were and were not magnetic. A fun little afternoon endeavor, for sure, but running around attempting to stick magnetic balls to the dog, spoons, napkin holders and lawn chairs wasn’t going to work for a science fair project. 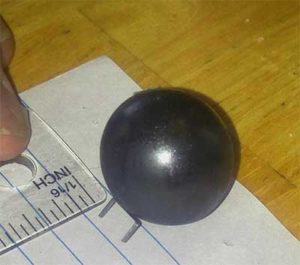 After a bit of research and some help from Google, we narrowed down and chose the following question: “Does the temperature of a magnet affect its strength?” The hypothesis to test would be: Hot magnets are stronger than cold or room temperature magnets.

So over the course of several days, we repeated an experiment where we tested the strength of magnets using hot, frozen and room temperature magnets by measuring the distance of how they reacted with a staple, a safety pin and another magnet. In the end, his hypothesis was not substantiated with the evidence. (Though in my opinion, I think our experiment using round magnetic balls proved to be flawed but the kid’s in fourth grade – give him a break!)

Forget the poster that needed to be created and the written answers required to be handed-in. My biggest concern centered around the final requirement of the science fair – presenting his project to his class, explaining the experiment and answering any questions that could come his way.

Though the kid has come a long, LONG, way – social situations and speech don’t always come easy to Matt. It’s not uncommon for him to lose focus, to stammer his words or forget what he wants to say. Sometimes be becomes too focused and tends to repeat the same phrase over and over.

I wrote an email to Matt’s teacher asking how his presentation went. I expressed my concern about the above, but what I was really worried about was how his classmates might perceive him if he struggled with his speech. He’s at the age where others could tease him for the way he talks or, worse, think he’s dumb.

So imagine the smile on my face when his teacher responded with the following:

He handled the public speaking opportunity like a champ and even responded to on-the-spot questions after his presentation with ease. Matt earned 57/60, only losing 3 points because he did not state or present his hypothesis correctly. So Matt’s project grade overall was a 95%.
– Matt’s teacher (May 10, 2018)

For the most part, Matt lives in the moment; in the now. I don’t think he worries about (or even cares) what the future might hold. It’s the autism, no doubt. But as he moves on to 5th grade (and beyond) and continues to immerse himself in the mainstream classroom, we know that somewhere in the back of his mind he’ll know the importance of what this grade means.

He once again proved to himself, his teachers – and myself – that he can do just about anything any other 10-year old kid can do. He might have to work a bit harder, he might need some guidance along the way, but he’s proven time and again that he can not only do it, but do it well.