Turning the corner on basic math 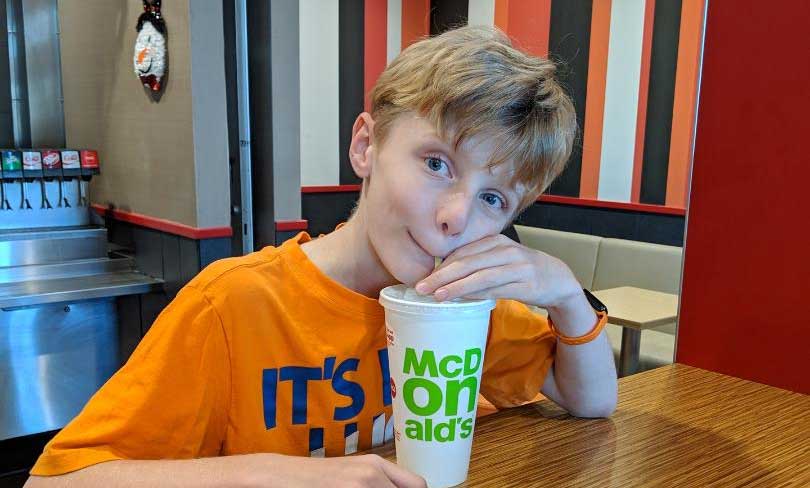 Not long ago I Google’d What age should kids stop counting on their fingers? At the time, I was becoming concerned – although maybe panicked is a better word – that my fifth grade son wasn’t getting it; that even the simplest of problems – 6 plus 3 for example – often required him to put his pencil down and count on his hands.

We would do a long division problem and were forced to break it down into four or five (or more) smaller problems. Subtracting 9 from 12 required scratch paper and the process of borrowing from the one. Multiplication problems turned into numerous side-sessions of addition and reviewing multiplication tables starting with one, then two, then three and so on.

It became extremely difficult to remain focused on the actual homework problem while being sidetracked with so many other problems.

Math that should have taken a minute or less to work through was taking 4-5 minutes. As the class began moving into adding, subtracting and multiplying fractions – Matt was still battling with 7 plus 9.

My son’s autism, I feared, finally had enough of Matt kicking its ass up and down the hallways and decided to take a stand.

Yet even at this time of accelerated learning and the constant building of skills – where mastery of one concept is needed for the next – young Matt was still showing a lot of fight.

About a month or so ago, he and I were going through another round of math homework and he was easily zipping through similar math problems that had given him difficulty in the past.

At first I attributed this newfound success to being one of those times when he gets super-focused and zeroed in on a specific task. But more and more, he was answering quickly, not using his fingers and doing so with a lot of confidence.

We started doing fractions with increased frequency and he was doing so much better. He wasn’t perfect, but keep in mind he’s now in a catch up mode. Addition, subtraction, fractions, volume… were not as big of a struggle they once were.

Over and over I talk about how far that kid has come, how hard he fights just to be average and how he is constantly trying to prove himself to others. His resilience is nothing short of amazing.

Unfortunately, he will continue to hit an occasional wall but as of yet – has shown he has no ceiling. My wife insists that kid is destined for great things and I think she’s right.

At this point I just hope that whatever he does in life doesn’t require dividing fractions because as last night showed, both of us face a wall that neither of us can get over!